For those of you who are looking for a phablet, we bring you the latest phone from HTC – Desire 820, the awesome Ascend Mate 7 from Huawei, and Asus’ Zenfone 6. While we’re still waiting for Huawei to set a price for its phablet, we can only hope that its performance will be as good as it claims to be according to the specifications.

The new Ascend Mate 7 and the Zenfone 6 have IPS displays of the same size: 6inches, but they support different resolutions and pixel densities: the Huawei device supports 1080x1920pixels with 368ppi, while the Zenfone 6 supports 720x1280pixels with 245ppi. Both companies used Corning Gorilla Glass 3 to protect their phones’ screens against scratches. The Mate 7 has a fingerprint sensor, it weights 185grams and measures 157x81x7.9mm, while the Zenfone 6 is a lot bigger and heavier, weighting 196grams and measuring 166.9×84.3×9.9mm.

HTC’s Desire 820 is a little bit smaller, but it’s still a phablet considering that its dimensions are 157.7×78.7×7.7mm. The phone has a polycarbonate two-tone uni-body design and it weights 155grams. On the front panel was integrated a 5.5inches LCD display which supports a resolution of 720x1280pixels with 267ppi.

The Desire 820 is powered by a team of quad core processors consisting of a 1.5GHz Cortex A53 and a 1Ghz Cortex A53, which are backed by an awesome Qualcomm MSM8939 Snapdragon 615 chipset, with the latest Adreno 405 GPU. The phone operates on Android v4.4.2 (KitKat) with 2GB of RAM and has a built in storage with the capacity of 16GB, which can be expanded up to 128GB.

The Zenfone 5 comes loaded with v4.3 (Jelly Bean) and now it runs on 4.4.2 (KitKat). Under its hood hides an Intel Atom Z2580 chipset supporting a dual core 2GHz processor with PowerVR SGX544MP2 GPU and 2GB of RAM. There are three variants of internal memories of 8/16/32 GB, but they support expansion only up to 64GB.

All three phones have 13MP rear cameras with autofocus, LED flash, face detection, panorama and geo tagging. The Desire 820 has in addition simultaneous HD video and image recording and the Zenfone 6 lacks HDR. The battle is between the secondary cameras and the Desire 820 wins with the 8MP shooter which records at 1080p. It’s followed by the Mate 7 with a 5MP front camera which is able to record at 720p and the Zenfone 6 provides only a 2MP secondary camera.

The batteries are non-removable and each one has a different lifetime. The Mate 7 has a gigantic Li-Po 4100mAh battery which lasts 648hours in stand by mode, it’s followed by the Zenfone 6 with a Li-Po 3300mAh battery that allows you to talk 28 hours on 3G and surprisingly, the Desire 820 has only a 2600mAh battery, but it’s still able to deliver over 22hours of talktime on 3G.

The price for the Ascend Mate 7 hasn’t been set yet. 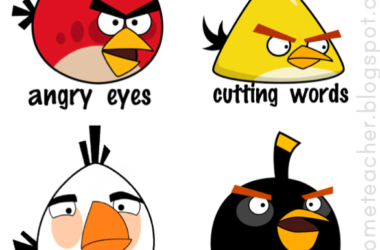 Angry Birds – Tips on Playing the Game while Avoiding Frustration

This is one game that is bound to grab your attention. It was first launched on the iPhone;…

We are all aware of the benefits of the flash player. If it wasn’t for flash, surfing the…