Samsung Galaxy S4 vs HTC One – Specs and Price Comparison

These devices may seem similar, but don’t be fooled by the appearance, use the power of information to make the best choice.

The Galaxy S4 beats HTC One’s behind with its powerful 13MP main camera with auto-focus and LED flash whereas the second camera one works with 2MP.
The HTC One comes from the second place with its lame 4MP main camera with same features as S4. It owns a 2,1MP second camera. If that wasn’t enough, low light influences the quality of pictures and videos taken, since there are some purple spots on images surprised. HTC tries to solve the problem a.s.a.p.

Samsung Galaxy S4 comes around 429 dollars and HTC One is around 437,99 dollars. 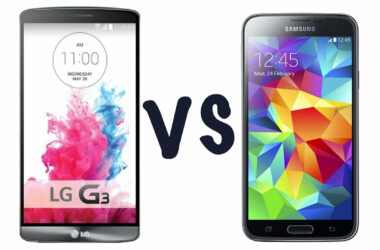 The LG G3 was launched at the end of the previous month, while the Samsung Galaxy S5 Active…