Samsung Galaxy Fame may have a somewhat fancy name, but it comes at a surprisingly affordable price. Samsung has the most productive sales figures, and this can be seen in the many stars the Galaxy devices have in all corners of the smartphone market.

The Samsung Galaxy Fame is a small, affordable phone that is meant for the younger generation of users who want to connect on social media.

The Samsung Galaxy Fame has a 3.5 inch display with a 320X480 HVGA resolution and 165 pixel density. This smartphone cannot be compared to the other mega Galaxy smartphone displays, but it is not as dreadful either.

Having a plastic body, Galaxy Fame perfectly fits the hand. It also comes in two colors namely blue and white. It has a metallic faux band surrounding the bezel and is noticeably thicker compared to premium handsets. The back is curved providing a reassuring fit.

At the front of the Galaxy Fame is the home button. It has been sandwiched between the ‘Return’ and ‘Menu’ soft keys. The opposite end has the metallic speaker, a few sensors and the front-facing VGA camera.

Galaxy Fame has a single-core 1GHz processor and 512MB RAM. Even so, this smartphone can handle everyday tasks. As earlier mentioned, the HVGA resolution is always a cause of worry to many, but the diminutive size somewhat helps. Thankfully, the phone’s resolution does not hinder the performance much, since the screen keeps things much brighter and vivid than expected.

The phone’s volume rocker is located at the left side with the Lock/Power button directly opposite. Being a small smartphone makes it easy for the fingers to access every corner of the screen as well as all the buttons. As such, you can easily use one hand to operate the phone.

Video recording has been limited to a 640×480 VGA resolution at 25fps. This means that action is not always smooth. The flash is a big bonus for the camera and video. Even though you cannot turn the flash off or on when recording, you have the option of having the flash on or off in advance. When you record videos with flash, you will get high contrast.

The Battery and Interface

The Galaxy Fame comes with a 1300mAh battery located where the SIM slot is. This smartphone comes with the Android Jellybean 4.1.2 OS. The ability to directly launch three apps is slightly subdued as it takes a few hours to have the camera loaded.

The apps you decide to launch, can be customized, but ChatOn, Camera and Google Now are the default launch apps. The TouchWiz interface is intuitive and makes the phone easy to use. 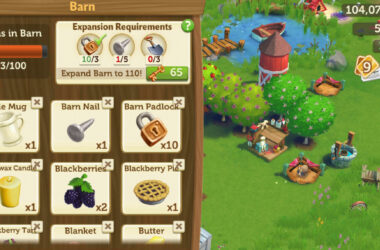