Google launched Hangouts in 2013, but what were the chances to convince the Apple iMessage and Facebook Messenger to stop using these apps and try the new messaging app?

What does Google Hangouts do?

With this app, you can message your friends on Google’s services (such as Google+). In addition, the app supports group video chats, but the other platforms have this feature also, only that the Apple iMessage and Facebook Messenger are unique in their own way, and each one has advantages and disadvantages.

Hangouts can be used on any device, even on iOS on Android and you get notifications only the device you’re using in that moment. Facebook Messenger is no different from what you can find on the website. The social network allows you to chat with your friends from your Facbook account, on their website and with this app, you can do the same.

Apple’s iMessage puts limits on devices that can use this app. So, only Apple’s devices support it, and if you have a desktop or an Android device, you won’t be able to use it. Plus, you can log in from your friend’s Apple devices, because the app doesn’t allow you.

If you’re an iPhone owner, then you’re probably using iMessage to chat with your friends. All you need is their phone numbers or their email addresses in case you don’t remember their numbers, and if they have an Apple device and they use iMessage, the message will be sent as an “imessage”. The other users will receive messages in the form of SMS texts.

Hangouts users need their friends’ Gmail addresses, or to friends with them on Plus and when you send a message to a person who isn’t available, he/she receives offline chat messages.

Facebook Messenger can be used only between persons who are friends on the social network.

As we mentioned, with Google Hangouts you can set up a group video chat, but other apps allow you to set a video call with only another person. Last year, Hangouts’s users were able to add more than 850 emoticons to their messages.

With Facebook Messenger you can use all kinds of Stickers and Apples has its own list of emojis.

Only you can decide which app is more attractive, but let us remind you that Facebook Messanger can be used only by those who have a Facebook account, and iMessage can be accessed only on Apple devices, while Google’s Hangouts require a Google account. 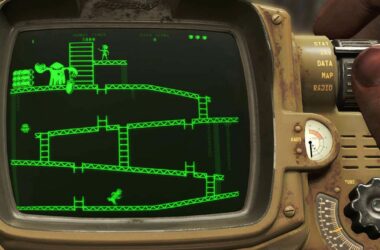 Speculation There has not been any official news from Bethesda regarding Fallout 4. Yet, it is expected that…