Here is presented a battle between two amazing Sony devices. Valuable information is presented for all readers that are undecided between Sony Xperia Z1 Compact and Xperia Z1. Enjoy it!

Xperia Z1 is 0,33inches thick while Xperia Z1 Compact is close with 0,37inches. Compact device has a weight of 137grams whereas Xperia Z1 is heavier with its 170grams. Both devices are water and dust-resistant (IP58 certified).

Both Xperia Z1 and Compact devices function thanks to a 2,2GHz quad core krait 400 processor and a Qualcomm Snapdragon 800 chipset with 2GB of RAM.

Both phones work with micro-SIMs.

Sony Xperia Z1 is brought to the light in three nuances: black, white and purple while Xperia Z1 Compact is shown in white, black, pink and lime green nuances. 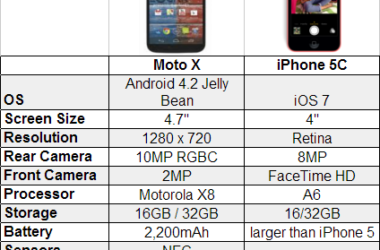