Half Life 3 – Do We Still Really Want It?

It has been seven years since the last Half Life episode was released.

In these last seven years, there has been a lot of talk about releasing the next installment of the franchise, but that’s all there has been – talks. In fact, the mere question – do we really want Half Life 3, should be infuriating, just because we have waited for this game for so long. What if after such a long wait, the game turns out to be nothing but disappointing? What if there is simply no redemption for this franchise anymore? Loyal fans of the game, especially those who have been eagerly waiting all these seven years, would consider these questions blasphemous, but then that’s where we really are.

A shooter franchise should be one that keeps reinventing itself, giving more of what the gamers like, adding to the storyline and making everything more interesting. It is crazy that a game, as amazing as Half Life, should have been on the shelf for so long. Half Life did everything right, in terms of being a good FPS. It was a good product; it made players shell out big bucks, it made critics rave about it, it made huge profits and it received a sequel. What it did not do was to cash in on the hype that it had already generated and let other FPS come forward and take the crowning glory away from them. Now, except for a few die-hard fans of the franchise, almost everybody else is almost sure that the game may never see the light of the day.

Valve Corporation, the developers of the game have been known for their innovation. The software company has been causing a lot of ripples in the industry and there has been a lot of talk about what they have done over the years. Counter Strike, DoTA, Portal, Team Fortress and Left 4 Dead are some of the jewels that this game has produced. Yet, when it comes to Half Life, the corporation’s flagship series, they are really confounded.

Half Life was already a popular game, and with the sequel, it reached almost a frenzied fan base. Half Life 2 was released for the Xbox in 2005 and then Xbox 360 and PS3. Audiences went crazy for this game that had all the elements of being the best FPS ever made. Yet, as the audiences craved more of Half Life, mysteriously enough, the developers decided to sit on it. We don’t want to kindle a debate over whether Half Life franchise is the best shooter game or not, but the fact is that it was certainly something that seemed like genius on a CD. The narrative, the intelligent gameplay and the pure fun or a shooter game, all allowed it to topple some of the favorites. After the first game was released and received so well, the audiences were rewarded with Episodes 1 & 2 of Half Life 2. Of course, there was a promise of a third installment, which simply never came. Episode 2 left the gamers on a cliffhanger, from where, they are yet to embark. The worst part is that Valve has maintained its studied silence over the game. Now, after seven years, it is perhaps too much to expect a comatose series to be revived.

Gordon Freeman was never put back to sleep after the second episode, and gamers continued to believe that they would be able to follow his adventures into the third episode. Now that the protagonist of the series has been left in a tragic scene, waiting to continue with his mission, millions of fans have given up hope of ever seeing him again. 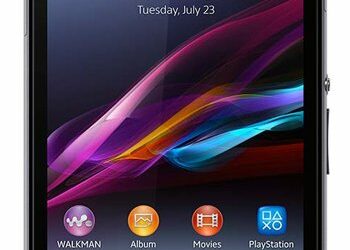