It looks like just some time back that we were feasting on Android 4.4 KitKat’s sweetness and we are already waiting for the next Android 4.5 Lollipop. The latest version of Android Lollipop will probably be released sometime in the later part of June. Conventionally, all Android versions are named after some sweet in the alphabetical order, such as gingerbread, then ice cream sandwich and later KitKat. The letter L most probably stands for Lollipop.

According to the Android Police, the new style is known as Moonshine. The design is more flat and clean, almost similar to the iOS 7 design. The icons are flat, circular and colorful. This comes along with the current transparent status bar of KitKat version. The buttons for navigation are cleaner and offer a minimalist appearance, which looks less cluttered. The icons are a result of the online icons of Google in a mock version of the latest Hera Gmail interface, 4.5 version.

Some leaks also point to additional changes in the design that could finally be included in Android 4.5. The navigation bar, for instance, in the Google + is now bright red and not grey. The menu background is also in a red shade. Another change likely is the change in the screen color when a menu is brought up within an application. At present, the screen behind the menu turns to a slight grey, in order to draw attention to the main menu. In case of the Google+ app, this grey has now changed to a bright red. Google is probably working on this and several other tweaks for the new Android version. The Android Police have also revealed new onscreen buttons for navigation and the home button is pushed to the curb. A new Google button will replace the Home button. There is a slight change in the design of the multitasking button as well, which has been made hexagonal.

The Android Police refers to the 4.5 Update as Hera, which focuses on unifying Chrome with Android, with a chromium build that will run on Android. One of the major changes that the 4.5 version of Android will bring is making multitasking windows that are completely functional. Apps will be seen as interactive windows and not merely static ones, powered by HTML 5. They will be able to carry out actions, instead of merely being present as a list of screenshots of the apps that are open. What this means is that you can directly reply to an email from the multitasking window itself and do not need to enter the main application.

This is going to bring about a complete change to the way you interact with your Android device in future. All basic actions will acquire additional power. This will make the transition from your PC to the mobile a very seamless process. When you begin a task on your desktop or laptop and then carry it on your mobile smartphone with interactive features that you can use on the go. This makes it easy to carry on from the point at which you left the work on your desktop. For instance, you might look up an address on your Google Maps app on your desktop and then dash out. The Maps will automatically open up on your smartphone, so you don’t need to search for the address all over again.

HTML 5 will be deeply integrated in the new Android version, but it is not sure as to what extent. Google seems to have a lot in store for the user with its latest Lollipop 4.5 version of Android. 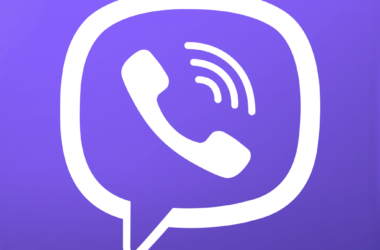