The OnePlus One may seem as a confusing a name as it is in price, but yes, this is a serious smartphone contender that may blow all competition out the water.

OnePlus has just revealed the smartphone as a cheap, but powerful contender to the HTC One M8 and the Galaxy S5. Not only is it half their price at only $300, but on paper more powerful. Although the Beijing Company did not reveal an exact release date, it is expected around mid-to-end May 2014.

It appears to be a bit too big to be classified as a smartphone, as it is larger than Nexus 5, Moto X, and more in line with Galaxy’s Note 2 and Note 3. Even with the larger body, it is super thin and remarkably light with its 5.5-inch display. Timeless and understated is an accurate description with its clean lines, subtle curves, and slim profile. A solid pane of jet-black glass in the slightly raised display and a chrome outer rim complete the outer design of the OnePlus One.

In this department the one truly shines with CyanogenMod 11S, specially built for the phone. It has Android 4.4 KitKat and features such as ability to play FLAC files among a plethora of other customizable options.

The OnePlus One comes with customization options for users using broad Theme Technology. One of its outstanding features that other devices lack presently is to switch between capacitive and on-screen buttons. On top of that ability is instant icon packs, colors, fonts, preset gestures to launch apps and voice command which wakes up the resting phone, and more. Currently available either in Sandstone Black or Silk White as well as Style Swap exchangeable back covers in unique colors, textures and materials used.

Obviously, competitors should be worried such as Sony Xperia Z2, HTC One M8, Samsung Galaxy S5, which are double the price of the OnePlus One, but in terms of specs on the same page as the cheap OnePlus one. The only other which is quite in line in price is the well-priced Google Nexus 5 and in comparison, the One stands out by far. Consumers will have to judge for themselves as manufacturers and reviewers speculate if any corners could have been cut to deliver such a powerful device at such a low price. 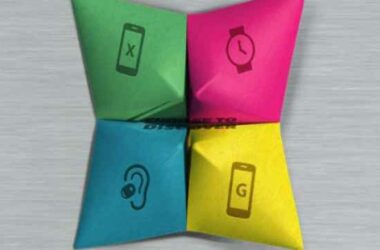 The Moto G has been one of the bestselling mid-range smartphones in recent times. It is not surprising…