Google Maps holds the spot for the best online navigation app simply because since the year it was launched, its whole team (more than 7,000) never stops making the app even better.

This year alone has seen more cool features from the company and if you still haven’t downloaded the app on your device, it is now time to do so. If you need more convincing than that, here are some of the new features Google Maps has in store for all of its users that will surely make you want the app on your smartphone or tablet.

Take a Trip Down Memory Lane

Google sends out camera-laden vehicles to snap pictures of different cities and places for their Street View feature. You can now see different photos dating from several years back. This feature lets you see the changes that a place has gone through over the course of seven years. It is fascinating to see before your very eyes the construction of some famous buildings and arenas, at the same time it is devastating to see how a place was before it was hit by a destructive calamity like a hurricane or earthquake.

Ability to Use Google Maps Offline

This feature is perfect for people who are traveling somewhere with no access to the internet. You may search for a place, map out your route and save it before leaving and when you get to your destination you can peruse the map even without LTE or 3G or Wi-Fi available. The best way to use this feature is when you’re traveling to a foreign land where the language barrier is an issue and also if you don’t want to pay for international data roaming.

Alerts You When to Switch Lanes

Don’t you hate it when you’re unable to turn on your exit because you’re in a different lane and you can’t quickly switch lanes because of the other cars on the highway? Google Maps will now alert you when to switch lane just in time for you to make a turn for your exit. With this handy feature, you will never have to tell tales of how you missed your exit again because you weren’t able to switch lanes quickly enough.

When you are traveling to an unfamiliar place, sometimes you get curious by different landmarks you see on the road and you just want to know what they are. Google Maps holds the answer for you because it gives quick facts on different landmarks that you will find in the area. If you love history, this feature will serve you well because it gives basic information on the landmark and it will also tell you how to go there and if they are open for public viewing. So the next time you are in a different city, don’t just settle at being curious over a landmark that caught your attention; use Google Maps to learn more about the city you’re in, and if you want to and if it is possible, you may visit the landmark to be more cultured. 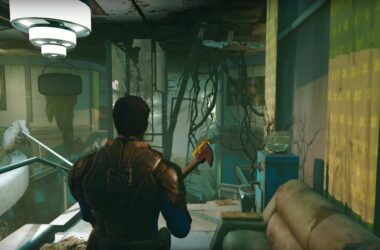 Fans of Fallout 4 were eagerly following the E3 2014, in a bid to find out when their… 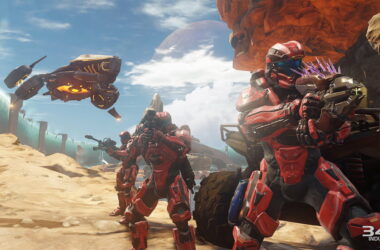