First, it was HTC’s flagship model, the HTC One (M8) that was unveiled on March 25. Shortly after its release, Samsung released the much anticipated Galaxy S5 on April 11. While most of the technical specifications of these two gadgets are similar, the basic difference between them is in design and build quality. The following sections provide a detailed comparison between the two.

The Samsung Galaxy S5 is powered by a 2.5 GHz processor while the HTC One has a 2.3 GHz chip under its hood. Both the processors are quad core and are Snapdragon 801s from Qualcomm. Evidently, the S5 is slightly powerful, but the user cannot tell the difference the extra 0.2 GHz would make. The two smartphones have very powerful graphics processors which makes them score well in the Quadrant and AnTuTu benchmarks. Also, the two phones come with 2 GB of RAM that serves all purposes.

Both Samsung Galaxy S5 and HTC One (M8) come with Android 4.4 KitKat. Both the Sense 6.0 and TouchWiz have greatly evolved from their previous versions, but the latter seems superfluous trying to imbibe too many features. On the other hand, the Sense 6.0 is snappy and you can move around the OS very smoothly.

The Galaxy S5 features a 5.1-inch display with a resolution 1920 x 1080 pixels at 430 ppi. The HTC One (M8) sports a 5-inch display with the same resolution, but the pixel density is higher at 441 ppi. Both the displays are different in terms of the technologies. The Galaxy S5’s AMOLED display produces vibrant colors while HTC display is more realistic. Also, S5 has a slightly bigger screen, while the M8 sacrifices some screen space for the on-screen controls. The S5 is the winner in terms of display.

The HTC One (M8) has an on-board storage of 16 GB, and an extra 128 GB can be added through a microSD card. There is also an extra 65 GB available in Google Drive. The Galaxy S5 is available as 16 GB and 32 GB variants, and its microSD slot can accommodate up to 128 GB of storage.

The Galaxy S5 has a 2800 mAh battery that will last for more than a day on moderate usage. The HTC One (M8) is powered by a 2600 mAh battery. Both the devices have aggressive power saving options. However, the S5 holds the edge with a removable battery.

The Samsung Galaxy S5’s camera with 16 MP sensor is its primary attraction. Apart from capturing Ultra HD videos, it has many smart features like the ‘selective focus’. The HTC One’s UltraPixel camera falls slightly behind, but is a better performer in dim conditions. Also, the S5’s camera interface is very easy to operate.

HTC One has an aluminium body that renders it a solid look, while the Galaxy S5 comes with a plastic body, with a grip on the back of the phone. It is also water and dust resistant. Design wise, HTC One is far ahead; it is considered as one of the well-designed phones in the recent times, while the Galaxy S5 sports a design very similar to the Galaxy S4.

The Galaxy S5 comes with an abundance of features – it even includes a fingerprint scanner and a heart rate monitor along with an excellent camera. The HTC One (M8) sports a stunning design and a smooth interface. It also produces clear and loud sound with the speakers aligned on the front. 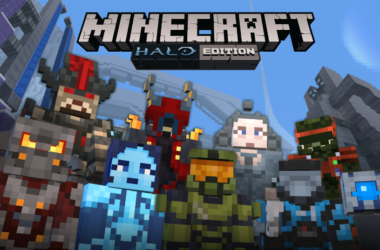