Samsung appears to have gone to a new level after the launch of the Galaxy S3 in 2012.

This was the model that replaced the Samsung Galaxy S2 as the flagship of the company. The Galaxy S2 became one of the most popular phones from the Korean giant, but the sales figures of the subsequent Galaxy models have been growing at an astonishing pace. The Galaxy S4 replaced their Galaxy S3 after 12 months. It made subtle changes and brought out a new set of features, which have once again gone out of the window after the arrival of the Galaxy S5.

The Galaxy S2 may have been a premium smartphone from the company, but it did not have the looks in order to take on the iPhone. The user interface was also not in the same league as the HTC phones. These attributes were heavily taken care of in the subsequent Galaxy models and it started out with the Galaxy S3. Based on the pebbles, this phone features smooth curves and rounded edges that made it great to hold despite a massive 4.8 inch screen.

The Galaxy S4 tried to adopt a more rounded approach with square edges and this has become more pronounced with the latest Galaxy S5. All the phones have subsequently increased the screen size with the Galaxy S5 now boasting a 5.1 inch unit.

Even though the screen size has increased consistently, one aspect that has remained constant on these three phones has been the Super AMOLED technology. This provides the distinct character to the Samsung phones with its vibrant colors and better contrast ratio in comparison with the likes of the iPhone and HTC models. Even though the technology remains the same, Samsung has consistently increased resolution in these three phones. The Galaxy S3 supported only a 720p display, while the Galaxy S4 and the Galaxy S5 feature a full HD display.

The Galaxy S3 came with only 1 GB of RAM. Both the Galaxy S4 and the Galaxy S5 feature 2 GB of RAM. The phones continue to be available in three different memory options with support for external memory cards.

The Galaxy S3 is available on the market for $ 300 for the unlocked version. The Galaxy S4 is slightly pricier at $ 425 while the Galaxy S5 tops the range with a $ 700 price.

Sony is very well known for their Xperia series that contains both smartphones and tablets. Today we thought…

Most people are aware and familiar with the Adobe Flash Player. It is an asset to the internet.… 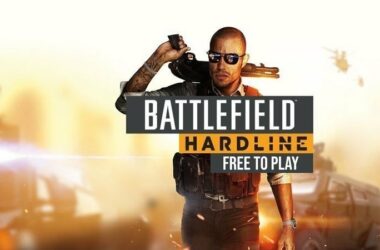