While iPhones, Android phones and other types of smartphones are becoming the craze nowadays, many people still choose to stick with their older phones than shelling out thousands of bucks for a new gadget that may soon as well be replaced by even newer technology.

The most important thing about having a mobile phone, after all, is simply being able to send out text messages and make calls. And let’s face it – keeping up with the latest technological trends is a pricey hobby that only the richer beings can afford.

One of the best things about a smartphone is its ability to download third party applications that can entertain you, organize your life and conveniently give you useful information. If you are debating whether to buy a smartphone just for the sole purpose of having these creatively fun and free apps, then I suggest that you forget it. Lo and behold, apps are now readily available and free to download on your own personal computer!

There are many ways to download apps on your desktop computer, and finding the right one for yourself is easy by typing the appropriate keywords in your search engine. The easiest method would have to be downloading and installing single software – say, Pokki or BlueStacks – and from there on you may download as many apps as you want.

Play Your Favorite Mobile Games on a Wider Screen

When going on an app-shopping spree, most people would first check out the games section to download the newest, most addicting games that they could play during their spare time. The best thing about downloading game apps to your PC is that you get to play them on a wider screen with easier controls.

And you know how it is—most game developers will not tell you this, but it is actually true that you will have better chances at cracking those high scores and doing a lot better if you had a wider screen. This is why most often, it is really hard to get high scores on an iPhone especially when you are playing games like Flappy Bird. The game developer himself even admitted that it is a lot easier to play the game on an Android device because of the bigger screens of most Android devices (but of course there are also other factors).

When you have already downloaded too many apps – as you will most likely end up doing – Pokki lets you organize them through icons in your software the same way you would in a smartphone. Bluestacks, on the other hand, has a cloud connect feature that enables you to sync your apps with your other gadgets. Clearly, even people who already own smartphones are choosing to download apps to their personal computers as well.

Work Better with Apps on Your PC

Admit it: It is way easier to work on your laptop or desktop computer. Of course smartphones are great; they are wonderful. Everybody loves them. But when it comes to tough work that monitor and that keyboard, a smartphone or a tablet computer is definitely no match for an actual desktop computer. It is much more efficient and much more convenient to use for work for many different reasons.

There is more to apps than just killing leisure time. Download apps that give you better access to the things you need in as little clicks possible, such as Gmail Lite, an app that lets you read your e-mails and compose messages without having to open a web browser. Stuck in your research presentation or science homework? Download apps like Wikipedia and Realtime Stock Quotes, and you can get better access to the information you need in a friendlier user interface. By choosing to download helpful apps, especially those that can work offline, you don’t need to rely on Internet connection when looking up a meaning of a word, or reading the latest news.

Choosing to download free Android apps to your PC is definitely a wise decision to make. It is more than just an attempt at keeping up with the latest smartphone trends. More than anything else, it satisfies your long-term goal to becoming a more organized and efficient person. 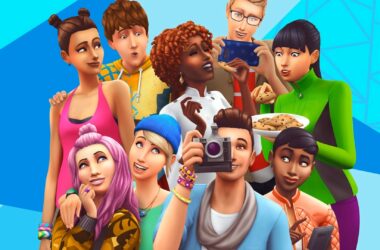 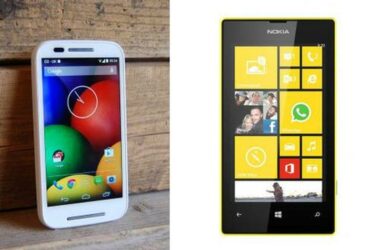 Both the Nokia Lumia 520 and the Motorola Moto E offer high-end specifications at a reasonable price. The…

The Galaxy Tab series, from the Korean giant, Samsung Electronics, was once highly acclaimed, which as of now…