There is a glimmer of hope for iPhone users after all, as Apple launched another update this week and let’s hope that this one doesn’t bring up more issues.

After the problems that the iOS 8.0.1 update caused – commonly known as the iOS 8.0.1 fiasco – that knocked the iPhone’s cellular service, Apple released the iOS 8.0.2 which should fix the HealthKit and Reachability issues and avoid creating further cellular network connectivity problems. Apple apologized for the inconvenience to their users, earlier this week, and promised to fix the issues with the iOS 8.0.2 update. Workarounds were offered by Apple that temporarily resolved the issue; but they required access to a computer and a copy of the iOS firmware. The iOs 8.0.1 was downloaded by approximately 40,000 people before Apple pulled the update.

The iOS 8.0.2 update includes a fix for a bug that prevented Apple from releasing any apps that were compatible with HealthKit, as well as an update that should make the reachability feature more reliable. Among other fixes, you will find that the issues affecting cellular network connectivity and TouchID on the iPhone 6 and the iPhone 6 Plus models are now resolved and HealthKit is back up on App Store. Apple also addressed an issue where third party keyboards could be deselected after users typed in their passwords. Furthermore, an issue preventing some apps from accessing the Photo Library is now resolved. They improved the reliability of the Reachability, added support of Ask To Buy for Family for In-App purchases, as well as fixed the bugs that prevented uploading photos and videos from Safari.

The iOS 8.0.1 was released in order to minimize the data usage of text messages, but instead of doing what it was intended to do, the update caused a number of owners to lose their signal entirely after downloading it. 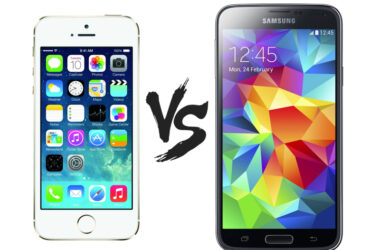 The aura of classic, timeless games cannot be matched by anything else because not only do they offer…

Top 5 Antivirus 2014 – Products That Offer You the Best Protection

Antivirus products fall in the must-have category of software. The rise of this technology can be attributed to…