The Samsung Galaxy S5 smartphone is currently the flagship device for the Korean giant, Samsung Electronics.

Whether S5 deserves the publicity that the company had created and why to upgrade from the Galaxy S4 smartphone are points to ponder. Let us compare the two devices with regard to their design, software, performance and cameras, to help the potential buyer make an informed decision.

The Galaxy S4 is 7.9mm thick, 70mm wide and weighs 130 grams, as compared to the 8.1mm thickness, 72.5mm width and 145 grams weight of the Galaxy S5 device. The Galaxy S5 design is different from the S4 smartphone design. The S5 comes in a plastic body with a perforated back. The plastic body of the S4 has a glossy feel, in comparison to the soft touch finish of the S5 smartphone. This is certainly an improvement, in terms of the design.

The S5 is a tad wider, thicker and heavier than the S4 device. However, the Samsung products are light in weight across the board; hence, the extra weight of the S5 device should not be a problem for the potential buyers.

Both the devices come equipped with a removable back panel for trouble-free access to their respective batteries. However, the S5 has an upper edge, as compared to the S4 device, in terms of the hardware. The S5 offers the users with IP67 certification, making the device dust and water-resistant. It comes with a rubber sealing on USB port and a battery cover. On the other hand, the S4 does not come fitted with similar features.

In terms of image quality of both the devices, the S5 device has an advantage due to the rework done on the Super AMOLED core and tech. The engineers and designers at Samsung Electronics have put in extra effort into calibrating the color and contrast of the S5 display. This has made the S5 screen exceptional in its class. The S4 supports a good screen but the colors do not seem natural as compared to its successor.

Both the devices have two internal storage capacity variants â 16GB and 32GB. Both devices are equipped with external card slot for memory enhancement up to 128GB.

Galaxy S5 comes with a Snapdragon 801 processor that is a bit quicker than the Snapdragon 600 processor used in the Galaxy S4 device.

This extra powered S5 device enables the user to play high-end games for more time as compared to the S4 device.

The S4 device was equipped with software-based bells and whistles as compared to the hardware based core aspects you would notice in the S5 device.

These extra features of the S5 device make it a unique phone as compared to the S4 device.

In terms of software, both the devices run on Android version 4.4 operating system. The S4 has a 2600 mAh battery as compared to the 2800 mAh battery of the S5 device.

Apparently, the Galaxy S5 is better in every respect as compared to the Galaxy S4 smartphone. 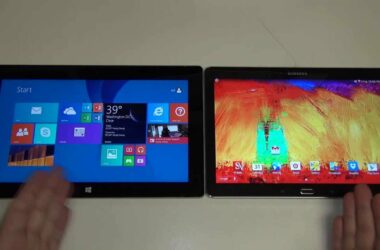 If you’re looking to buy either the Samsung Galaxy Note 10.1 or the Microsoft Surface 2, you have… 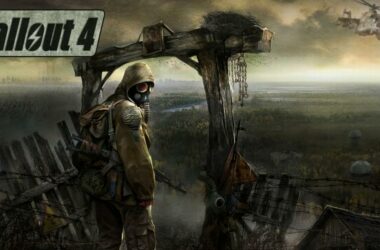