The Korean giant, Samsung Electronics has earned recognition in the mobile industry.

The company has been in the news recently for releasing an array of smartphones into the market. However, the latest trend that has been followed by the smartphone manufacturers is to release the compact version of their successful handsets. Samsung Electronics is no exception to the ongoing trend. The ‘Mini’ series of the company has been a successful venture so far. Let us put together two smartphones from the ‘Mini’ series, the Galaxy S4 Mini and the Galaxy S5 Mini to find out the differences between the two smartphones.

In terms of design and display, the Galaxy S4 Mini appears a more traditional smartphone. The S4 Mini does not come with water and dust resistant features. In comparison, Galaxy S5 Mini comes with similar features as that of its predecessor, the Galaxy S5 smartphone. The S5 Mini comes with IP67 certification for dust and water resistance. Moreover, the company has also equipped the S5 Mini smartphone with a fingerprint scanner. However, the inclusion of additional features has resulted in increase of weight of the S5 Mini smartphone up to 120 grams. In comparison, the Galaxy S4 Mini weighs around 107 grams.

In terms of processor, the S5 Mini comes with a 1.4GHz quad core processor that has twice the performance capacity, as compared to the 1.7GHz dual core processor of the S4 Mini smartphone.

Both the smartphones come with an 8MP primary camera with an ability to record 1080p videos. However, the front camera sensor of the S5 Mini smartphone comes at 2.1MP, as compared to the 1.9MP front facing camera of the S4 Mini smartphone.

The S5 Mini comes with additional features such as the Fingerprint Scanner and the Heart Rate Monitor. The S4 Mini does not come equipped with similar features as that of the S5 Mini smartphone. 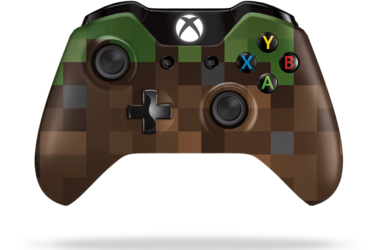 Minecraft Xbox One edition is really close and if you need an assurance from the right people, then…