Noticeably, the HTC One Mini 2 looks like a smaller version of the HTC One M8. It comes with an identical polished metal exterior and also the same appearance. Even so, this new phone from HTC lacks some features that would guarantee it a spot in the list of best phones.

Is the HTC One Mini 2 better than its predecessor?

Both the phones come with 720p displays; but the One Mini 2 comes with a slightly larger screen size measuring 4.5 inches. This is 0.2 inches larger than the 4.3 inch display, in the HTC One Mini. This is a very small difference, but is noticeable. Both phones come with small screens and hence the term mini. They also come with a high quality display.

The Camera and Operating System

The HTC One Mini 2 comes with a rear camera with 13MP while the original phone only has a 4 ultra-pixel camera. Both phones offer different experiences in photography with varying approaches. The One Mini is more likely to take better images under low light than the newer version. However, the newer version is much more ideal for taking photos in well lit locations.

The HTC One Mini 2 comes with a front facing camera with 5MP, which is an upgrade from the 1.5MP in the One Mini. Both phones have the ability to shoot videos of up to 1080p. 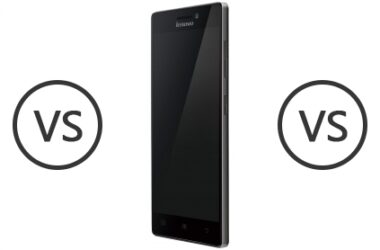 Mobile malware is one thing that security vendors have been concerned about for quite some time now. The…