Technology is improving day in and day out.

New and upgraded smartphones, phablets and tablets are swarming in the mobile world, being launched at regular intervals. Earlier, there were a couple of companies in the arena but presently, a plethora of companies are trying their luck in the mobile world. They have the requisite technology and the means to launch new smartphones into the market every now and then. The smartphone battle just stepped onto the next level. The companies are not going to back away against big guns like Apple, Samsung, LG, HTC and more.

Recently, Microsoft also joined the competitive race. The launch of Surface Pro marked the entry of this software company into the arena. However, the Surface Pro did not receive a proper reception by the masses. The price and couple of other problems with the device marked its downfall. However, this did not dampen the spirits of the company. Microsoft came back all guns blazing with the launch of Surface Pro 2 and Surface Pro 3. In the month of June 2014, the successor to Surface Pro 2 was launched in the market. The new device had upgraded design and specifications. While both these remarkable tablets are competing against each other, people are confused on which one to purchase. The comparison below, between Surface Pro 2 and Surface Pro 3 would answer certain questions that the prospective buyers might have, in their mind.

The Microsoft Surface Pro 2 and Surface Pro 3 are thin, light, portable and powerful. The dimensions of Surface Pro 2 measures 6.81×10.81×0.53 inches and weighs approximately 900 grams. The Surface Pro 2 is made from dark titanium. The Pro 2 comes equipped with 10.6 inches display screen having a resolution of 1920×1080 pixels.

The Surface Pro 3 is larger, thinner and lighter than Pro 2. Its dimensions measure 7.93×11.5×0.36 inches of height, width and thickness. The Pro 3 weighs approximately 800 grams. The Surface Pro 3 is made from magnesium colored silver. The Pro 3 is bigger with its 12 inches HD display having an improved resolution of 2160×1440 pixels.

The Surface Pro 2 is powered by a fourth generation Intel Core i5 chip. The device runs on Windows 8.1 Pro 64-bit operating system.

The Surface Pro 3 is powered by a mighty Intel Core i7 chip. The tablet runs on Windows 8.1 Pro 64 bit operating system, similar to that of its predecessor.

In the above comparison between Microsoft Surface Pro 2 and Surface Pro 3, the latter comes out as a better and more refined tablet. However, the Pro 2 is expensive and requires additional keyboard. 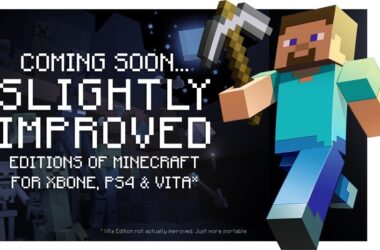