Google Hangouts is the chat software that was created by Google to replace Google Talk.

It is free to use for anyone, who would like to communicate with other people, either via video or voice calls or instant messages. Here are some of the ways this app has made communication easier.

Google Hangouts is compatible with multiple platforms, meaning you can use it on mobile and desktop platforms. Previously, this application only supported Google account. Now, this app is compatible with other formats, like, Gaim, iChat, Adium or Trillian and many other formats. Jabber technology is also common to these formats. Therefore, you can just log into any of the mentioned apps and make video calls or chat via Google Talk.

Google Hangouts is an ideal app for making video or voice calls and sending instant messages. You can share files, have group chats and even export your Gmail contact lists. You can also display the music you are listening to or screen you are currently on. Other than these, Google Hangouts can also give you notifications via emails and alerts are going to be displayed when the email hits your inbox.

Even though the style used is not modern, it is very simple and user-friendly. It is, therefore, suitable for all users – both experienced and new ones. The ‘Settings’ option also has different templates you can use to customize the app layout and your user experience. You are also provided with a variety of options in regard to your status and notifications. You can choose statuses like idle, busy, available and many more.

Some of the Major Features

Google Hangouts is mostly an IM app. It also enables file sharing and making of video and voice calls globally. This app also makes it possible for you to make audio conferences to multiple people at a go. The service has also integrated Google+ and Gmail and the fact that it is compatible with mobile devices means you can use it when on the move.

Google Hangouts can be used both in Gmail and Google+. The app will work the same way as Google+ and Google Hangouts but will have synchronized to one service instead of two different services. The new chrome add-on to hangouts released by Google makes it possible for users to chat with their contacts without having to open Google+ or Gmail to do it.

Before the announcement of Google Hangouts, people were forced to use several services like Google voice to make calls, Google+ messenger and Google Talk. However, Google Hangouts now makes it possible for you to use all these services from one application. Google Hangouts is now an app that can be used on mobile devices that are running iOS and Android. It is also available on Chrome using Chrome extensions. Once you have signed in, all your devices are synchronized by the service. The best part about this service is that Google Hangouts can recognize the devices you are using and send notifications to it. You will, therefore, not get multiple notifications on the different devices you have. The latest updates have also made it possible for the Android and iOS users to chat with each other without having to use Google+. 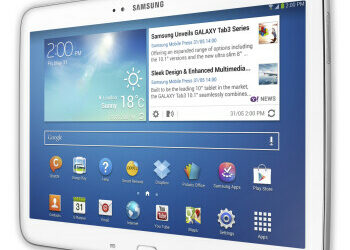 While it is impossible for smartphone manufacturers to know what size of smartphones appeals to different market audiences,…

For those who enjoy video streaming and playing games on the web, you will need software that can…