iPhone 5S vs iPhone 5C – Comparison of Specs and Features

The Apple iPhone 5S and 5C are presently the main smartphones of Apple Inc.

The design holds a key difference between the two smartphones. The Apple iPhone 5S incorporates the iPhone 5’s design theme. The smartphone is available in three metallic colors, including the one with gold effect.

The Apple iPhone 5C is made from plastic. It comes in a variety of color options. The smartphone is available in white, pink, blue, green and bold yellow colors. No black color option is definitely a surprise for the masses.

The biggest difference between iPhone 5S and the iPhone 5C is the availability of TouchID Fingerprint Sensor along with a superior camera in the iPhone 5S. The Touch ID Fingerprint Sensor enhances the security of the smartphone along with doing away with the need to enter a pass code to access the device. Although, both the devices are incorporated with an 8MP rear camera with a resolution of 3468×2448 pixels, the Apple iPhone 5S sounds a better option. The Apple iPhone 5S uses an A7 processor that provides an upper edge to the smartphone when compared to the 5C camera. The A7 processor performs the auto white balance and auto exposure before the picture is taken. The 5S camera takes multiple images and examines those pictures in real time. The auto image stabilization offers a sharper image to the user.

Another major difference between the two devices comes in the processor. The 5S uses an A7 chip along with a 64-bit architecture. This dual core processor comes with 1GB RAM and runs at 1.3GHz. The A7 processor offers the user twice the processor and GPU performance as compared to its predecessor, the Apple A6 chip.

In comparison, the 5C has an Apple A6 chipset. The device also lacks the M7 motion coprocessor that comes in the 5S smartphone.

Both the devices run on iOS 7 that is likely to be upgraded to iOS 8.

Both the smartphones have several similarities and differences however, the Apple iPhone 5S is quick, has superior camera and has Touch ID functionality.

After its repeated failures to capture the high-end tablet segment due to the domination of the Apple iPad,…

While we have thoroughly enjoyed using WhatsApp, we have to bid the app farewell at least, for now.… 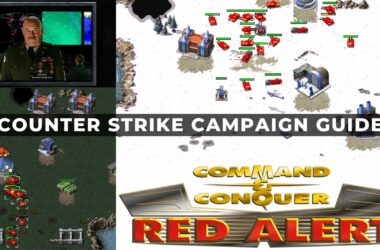 As the name of the game puts it very frankly, Command and Conquer is a real time strategy…