The iPad Air, released by Apple Incorporated in the month of November 2013, was its major update.

Some significant changes have been made to the previous gen device, especially with respect to its thickness. When comparing the latest release by the Apple Incorporated with some older devices released by Samsung, the iPad Air boasts of its strengths. Let us compare one of Samsung’s tablets that was released in 2012, the Galaxy Tab 2 10.1 to that of the 2013 released iPad Air, in terms of their features and specifications.

In terms of design, the iPad Air and the Galaxy Tab 2 10.1 are a world apart. The Apple iPad Air has retained its designated place of having the most excellent build quality and stupendous design, whereas, the Korean giant is still stuck with its extensive plastic usage.

The iPad Air and the Galaxy Tab 2 10.1 are similar with respect to display space. However, the latter edges out the Apple’s iPad Air’s 9.7 inch display with its 10.1 inches display screen. The major difference is in terms of quality. The iPad Air provides the users with a resolution of 1536×2048 pixels in comparison to the 800×1280 pixels resolution of the Tab 2 10.1. The screen resolution of iPad Air makes it a better option for browsing the web, playing games, and watching videos.

A powerful 1.3 GHz dual core Apple’s A7 processor supports the iPad Air. The Galaxy Tab 2 10.1 comes equipped with a dual core Android based processor running at 1 GHz. However, the latter provides altogether a different experience to the user in comparison to the Apple’s device. The Apple iPad Air does not stutter or delay when opening apps, however, the Galaxy Tab 2 10.1 does not offer similar flawless services.

The iPad Air comes equipped with an all-inclusive 5MP primary camera. The iPad Air covers various aspects such as full HD video recording, video stabilization, face detection and autofocus. The device does not have the flash option but that would not bother the user. In comparison, the Galaxy Tab 2 10.1 comes equipped with a 3.15MP rear camera that comes only with a 720p video recording feature. The front 1.2MP camera of the iPad Air also outshines the VGA front facing camera of the Galaxy Tab 2 10.1.

The iPad Air again scores over the Galaxy Tab 2 10.1 with a powerful 8820 mAh battery, beating the 7000 mAh battery of the latter.

The Galaxy Tab 2 10.1 lags behind iPad Air in almost all departments. However, the price section provides some respite to the Tab 2 10.1 as it is priced at $200 as compared to the price of $450 of iPad Air tablet. 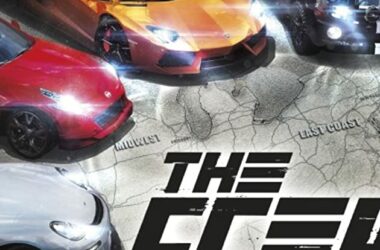 The Crew is an upcoming single player racing game that is set in the open world environment, allowing…

4J Studios is at it again. They have planted another seed on the rumor farm yet again. This…