If you still remember the events, 2007 was a game changing year literally.

The industry underwent drastic overhaul in the way first person shooters played, all because of Infinity Ward – Activision created Modern Warfare. The game was very influential not only on the Call of Duty franchise, but over the gaming industry as a whole. Every title after that adapted the concept of cinematic story-telling, better single player campaigns and got rid of collecting items in-game. Rather, the game play is centered around characters and their action packed adventures. Now, Sledgehammer once again believes that they can recreate history in 2014, seven years later, with their upcoming Call of Duty Advanced Warfare. “For those of us who were not part of the team back then, it was a mind blowing experience that we cherish even now. The game was perfect in every perspective right from the visuals, sound and the storyline that gripping from the start till the end. We are trying to create something similar after investing three years of time into the game,” said Glen Schofield, co-founder of Sledgehammer.

Call of Duty used to be a smaller franchise when Medal of Honor ruled the roost in the past decade. Call of Duty 2 was a successful game but it was Halo 2 that got the consideration as the best first person shooter experience ever. Things changed with Modern Warfare and ever since then, the franchise has been recreating history in FPS continuously except for Ghosts that didn’t make it as big as expected. Black Ops 1 and 2 was equally successful as well while Call of Duty Advanced Warfare is expected to be different from all these. “We are trying to bring in something pretty spectacular here,” said Michael Condrey who’s another co-founder of Sledgehammer games. “The idea is to bring the best FPS experience again but make it different enough so that it has the authentic feel that Modern Warfare delivered a couple of years ago.”

Call of Duty Advanced Warfare is also the first game that is launching on the new generation consoles Playstation 4 and Xbox One. Even though Call of Duty Ghosts landed on these consoles earlier, they were primarily designed to run on Playstation 3 and Xbox 360. They were not made to make best use of the new hardware because that might make it unplayable on older consoles which form the majority of the gaming population about a year ago. The story and visuals of the game looked rather appealing when it was shown during the E3 2014 conference. It may have been hyped more than what is required but it does look promising compared to the earlier games in the series.

Call of Duty Advanced Warfare is getting released on Playstation 4, Xbox One and PC on November 4th. The game is coming to older gen consoles as well, which is being developed by High Moon Studios. It is being done to support those who are yet to move to the new platforms. 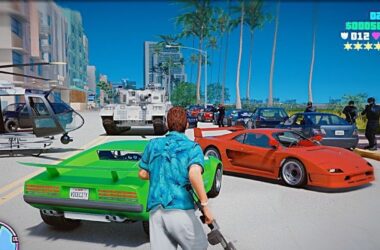