Watch Dogs Is Now a Franchise, a Movie and a Sequel Is Possible

Imagine you are running a video game development company, like Ubisoft, which is huge, has necessary resources and has spent a solid five years on a title like Watch Dogs.

Assume that your new intellectual property has sold a good four million copies in its launch week, even though there was plenty of criticism going around it. What will be your next move? Any sane person would go for a sequel because it will not only make them more money but it will be an opportunity for the developers to correct those flaws found in the first version of the game. Ubisoft has planned to do just the same, with their exceptionally successful new IP which, the studio executive says, has become a franchise and has a good future ahead.

Compared to the past, creating a new IP and establishing it as a franchise is very difficult, said Tony Key, Ubisoft’s vice president of sales and marketing. “A lot of factors go into making a new game and creating a new franchise, is the most difficult job of them all, in the gaming industry. There are plenty of risk factors associated with it, but we are glad that Watch Dogs made it. Our team is extremely happy over the huge sales that the title made on its launch week and we expect it to grow further in the coming months. The players have been enjoying a good experience with our game and we are glad that the years we put into the title are finally paying off. The opening sales indicate that it has become a franchise and we will now decide what to do with it next, which will determine the future of Watch Dogs. It’s something we have to start building on, from now.”

If you have been following all the latest news online, you might have come across fans requesting Tom Cruise to play as Aiden Pearce in the Watch Dogs movie. There are fan posters that depict how the actor will look if he takes up the role and you can’t deny that they do look great. Ubisoft has confirmed that they are going to make a movie, based on the game franchise, but there is no official information with regards to the cast or crew of the title. Based on what the vice president of sales and marketing said, Watch Dogs 2 is a confirmed possibility, which might be scheduled to get released in 2016 or later. Meanwhile, the company has to fix numerous bugs that have been plaguing the PC version of the game and come up with innovative ideas to make the title highly engaging when a new installment comes out.

The same was confirmed by him as well, when he said that for a sequel to grow, a franchise needs new ideas and the team will start working on them from now. It will be a definitive challenge for the entire team which they need to face and overcome before they can start talking about another game.

Nokia Lumia 520 has become not only the most popular Windows Phone device released so far, but also… 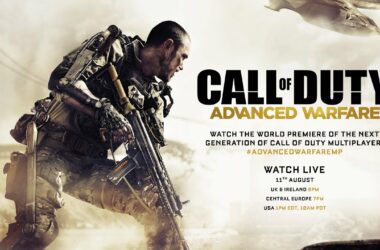