Apple Incorporated has been in the news recently for its latest release, which, surprisingly, was not one, but was a double dose for the masses.

The release of iPhone 5S and iPhone 5C consequently, gave the masses twice the iPhone dosage. It was the first time for the company to come out with two handsets at the same time. Regardless, it provided the iPhone fans with two iPhone options to choose from. Both the handsets from Apple Incorporated, promise to woo its potential buyers with a plethora of features and a great looking spec sheet. The flagship handset for Apple Incorporated, the iPhone 5S, comes equipped with considerable hardware enhancements, as compared to the snappy punch of the iPhone 5C smartphone.

Today, we would compare the Camera and multimedia features of both the iPhone 5S and that of the iPhone 5C smartphones.

The iPhone 5S, on paper, has proved to be an ideal camera for shutterbugs. Whether it is true or not, let’s find out. The sample images taken from each iPhone reveals that there is not much of a difference between the iPhone smartphones, with respect to outdoor scenery with ample lighting. Finding the differences between the two could be a daunting task. Both the iPhones produce sharp details, balanced exposure and neutral color production. In fact, considering the iPhone 5S being equipped with a better camera, the revelation was shocking for us.

In terms of multimedia, both the smartphones lack the cover flow feature. The iOS 7 favors the new, yet conventional music player. Both emit robust tone, but the iPhone 5S has a better overall volume output, as compared to the iPhone 5C smartphone. Both smartphones offer similar video playing experience. 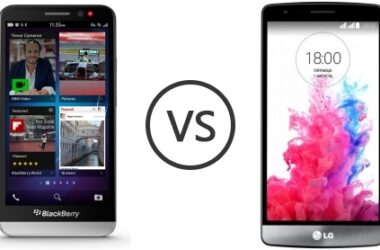 The LG G3 hit the markets on May 27 and it received only words of praise. Everybody was…

Table of Contents Hide Nokia XLSony Xperia C Nokia XL Design Regarding design, we can see that the…