Viber is a popular instant message and free calling service which can be used to place free calls to any individual, located anywhere in the world.

If your contacts have Viber installed on their smartphones, you can place free Viber-to-Viber calls, and if they do not have the software installed, you can call them through a nominally charged Viber Out service, which is actually available at a slight premium. Overall, Viber has great features and top-notch functionality, putting it in direct competition with others of its kind, like Skype and Line. Here is what makes it so popular.

Viber is a cross platform application, which can be used on several different operating systems, phones, and even computers. However, it is available on many platforms, its functionality, and robustness caries from one platform to another. Usually, iOS and Android versions are the first to receive any new upgrades. You can use Viber to send voice, text, and video messages to any phone you want – as long as they have Viber. You can use it to call any phone you like, anywhere in the world. Though with iOS and Android based devices, you can place HD calls, the functionality will soon be launched for Windows 8 phones as well.

Apart from sending text messages and making free voice and video calls, Viber can also be used to share files. You can share audio files, video files, and images as well. Viber also has another functionality called the stickers. These are graphics, which can be used in text messages. Most of these stickers are free to use on your computers, but are chargeable on smartphones. These stickers are very reasonably priced and they really pep up your conversations and text messages. This unique service not only generates revenues for Viber, but also makes it different from other such services.

Viber is hugely popular with smartphone users. It is currently available in 30 different languages, including English, Hebrew, Chinese, Arabic, French, German, Italian, Japanese, Urdu, Russian, Spanish and many more. However, with Viber’s popularity come increasing concerns about the software’s Israeli origins. The Arab world showed many concerns about the use of Viber across the world, though the founder of Viber – Talmon Marco, specifically reported that his associations with the Israeli army, and the fact that Viber’s development center was located in Israel, had nothing to do with how the app functioned. He confirmed that the app and its developers do not have an agenda.

Viber is a popular app, because of its unique functionality. Though the app has not been able to beat the popularity of some of the other similar apps, such as Skype, it has many things going in its favor. It has a foolproof revenue generation strategy that allows it to run Ad-free and give great service. Many critics have claimed that it has been recently launched video calling needs improvement, and while that is true, Viber’s history indicates that the company is always trying to better its services to keep its users engaged meaningfully with its app. 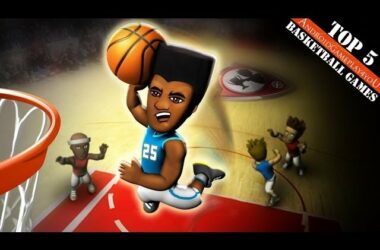