Recently, many people have been arguing about which was the better game – Subway Surfers or Temple Run 2. Temple Run 2 offers a better gameplay with some seriousness involved. In addition, it also has a sequel and a plot with features of unlocking characters and so on.

Temple Run 2 has a superior gameplay when compared to Subway Surfers. When you play the game, the player has to ride the mine carts and go through zip lines. He has to jump above the obstacles and duck under them while running. On the other hand, in Subway Surfers, the player jumps on some trains and flies over jet packs, while dodging and escaping an irritated inspector.

There is nothing realistic about these activities in Subway Surfers. For instance, the game involves jumping over trains with the use of a particular type of shoes. But there are no actual shoes that can accomplish this in actual life. To counter this, supporters of Subway Surfers might claim that even in Temple Run there are monkeys chasing you, which will never happen in real life. However, the Temple Run 2 is a game that has a fantasy setting, whereas Subway Surfers is supposed to take place in actual life.

Temple Run 2 offers a higher-level of sophistication and is also a more serious game. Subway Surfers merely involves riding jetpacks and jumping over trains, whereas the player makes use of powerups and dodges obstacles in a very realistic manner. In Temple Run 2, when the player attempts to dodge objects, he or she doesn’t jump over trains, but rather uses logs or gaps in the surroundings. The player is also dodging a huge demon monkey or smaller monkeys, which makes it more serious. As for Subway Surfers, the player is simply dodging the inspector.

The plot in the Temple Run 2 is more serious, where the player is a thief who has stolen an ancient temple idol. The worshippers of the idol are now chasing the player and trying to take vengeance. Subway Surfers is more of a fun game, with the player jumping over trains.

The Sequel and the Plot

Temple Run 2 is the sequel to Temple Run, the original game. This is enough to show that Temple Run is a more popular game than Subway Surfers. Any game that has been around long enough to have a sequel must have merits, whereas Subway Surfers has merely copied its concept, such as using power ups and obstacles, and made it into a fun play.

The Temple Run 2 also has an interesting plot of a thief who takes on the challenge of stealing an idol from a temple. While escaping, a huge demon monkey starts chasing him. Of course, there is a plot in Subway Surfers also involving a wild teenager who runs through the subways with the inspector chasing after him. Temple Run 2 offers a great arcade gameplay based on a serious story, whereas Subway Surfers is an arcade game in a rip off kind of fashion.

Temple Run 2 also involves a lot of skills, without which you cannot succeed in the game. The player needs to unlock characters and for this, he needs in-game currency. These are collected through the various levels and need a lot of skill for collection. On the other hand, Subway Surfers does not need any skills. The player just keeps on playing for a long time with the chance of getting the item needed for unlocking the next character. Temple Run 2 requires the player to improve and enhance his skill levels in order to buy new characters. In Subway Surfers, the characters are essentially the same, whereas in Temple Run 2 the characters have different skills and capabilities.

Last year, the big guns in the industry were silent with their new releases. However, in such depressing… 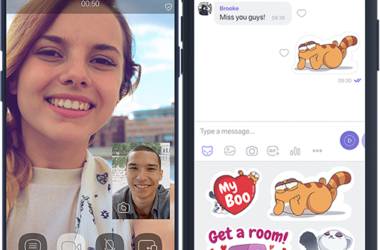 When it comes to communication apps, the market is awash with options. With a growing user base of…