Here’s a difficult decision: what do you choose between Apple and Samsung? Well, we have here a comparison between Apple’s iPhone 5 and Samsung’s Galaxy S4 Active to make things a little bit clearer if you are trying to make a decision between the two great smartphones.

Your iPhone 5 will come with a swift processor which is a dual core and that works at 1.3 GHz. The chipset that is featured on the device is the Apple A6 one. This smartphone supports 1GB of RAM and multiple internal storage options: 16GB, 32GB and 64GB (the device does not present itself with a microSD slot). As for operating system, iPhone 5 runs on iOS 6 (upgradable to iOS 7).

The processor which powers the Galaxy S4 Active is a quad core (the Krait 300) which is clocked at 1.9 GHz. The chipset included in the package is the Snapdragon APQ8064T 600 model from Qualcomm. The smartphone has 2GB of RAM and 16GB of internal memory (this memory is expandable via microSD card – up to 64 GB). The OS featured on Samsung’s device is the Android Jelly Bean.

If we’re talking about the rear camera, both the iPhone and the Samsung show off an 8MP camera that has features like autofocus and LED flash. When it comes to the front camera, the S4 Active has a 2MP camera, while the iPhone has a 1.2MP one.

We have to give this one to Samsung: its battery lasts double the time the iPhone lasts. Sporting a Li-Ion 2600 mAh battery unit, the Samsung Galaxy S4 Active has a battery life of approximately 17 hours in talking mode. The iPhone, sporting a Li-Po 1440 mAh battery only offers a talking time of 8 hours. 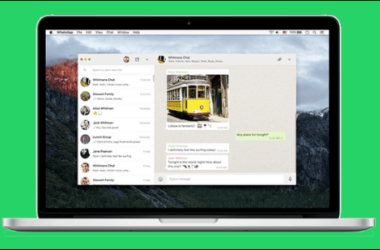 How to Get WhatsApp Running from Your PC 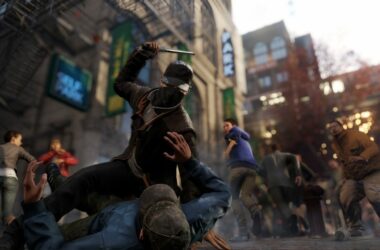 Watch Dogs on Xbox 360 Looks Like A PS2 Game

Ubisoft, the developers of Watch Dogs just can’t say no and not port the game for PS3 as…

Everybody waited for years for the new generation of consoles, both PC users (because they wanted better game…