According Ming-Chi Kuo, a KGI Securities analyst, iPad Air 2 should be released in the third quarter of 2014. Now, it seems that ET News supports Kuo’s claims.

Apple started a mass production of the new iPad Air’s display parts. This happened during this month and it’s rumored that the company will start next month to produce other parts, also.

The iPad Air 2 will probably come with a 9.7inch display with almost the same form as its predecessor. The new tablet will come with a resolution of 2048x1536pixels, it will support a pixel density of 264ppi, and it will probably have the same weight as its predecessor. It will hold an 8MP primary camera and a 1.5MP front camera. As for the processor, the iPad Air 2 will most likely come with an improved A8 processor.

According to MacRumors website, it is expected that iPad Air 2 will come with the Touch ID fingerprint scanner.

It is expected that Apple will release its new iPad Air 2 somewhere in the fall of this year, since the Cupertino tech giant usually rolls out its new-generation tablets usually in October. Without any doubts, we will hear more about this great tablet soon!

Apple, besides getting ready to release the iPad Air 2, is currently working on the new iPhone 6 and a most expected iWatch, which should be released somewhere in October also.

Will you buy the new tablet from Apple? What other features you hope that iPad Air 2 will come with?

Today’s comparison features the brand new Apple iPhone 6 Plus, and the Galaxy S5 from Samsung, as the… 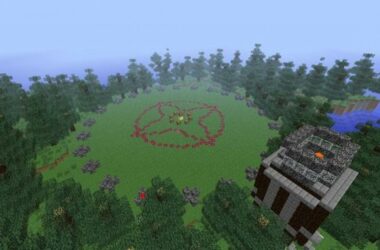