The LG G3 hit the markets on May 27 and it received only words of praise. Everybody was waiting breathlessly the release of this amazing phablet which has a superior hardware, a great camera and an elegant design. Today, we’ll compare it with the Blackberry Z30, which received a user rating of 9.8/10 (Phone Arena). Both of these devices support NFC, and only the G3 can be charged via wireless.

The BlackBerry has an advantage: the Natural Sound technology that offers a realistic sound quality.

The G3’s cover is made of plastic, but it gives the impression that is made of metal. The Blackberry Z30 has subtle stripes on the cover.

The BlackBerry Z30 comes with a 1.7GHz dual-core (Qualcomm Snapdragon S4 Pro) Krait 300 processor, and it has 2GB of RAM. The internal memory is of 16GB, but with a MicroSD card, you can expand it up to 64GB.

In terms of software, the G3 is an Android that runs on the v4.4.2 KitKat OS, while the BlackBerry Z30 is running on the company’s BlackBerry 10.2 OS.

In addition, the G3 shoots 4K (3,840×2,160) videos and it has a quick laser autofocus – it’s taking 0.276 sec to focus. Other features of the G3’s camera are the “Selfie” Mode and the simultaneous video and image recording. Also, it has a voice activation option.

The G3’s battery has the capacity of 3000mAh, while the Blackberry Z30 has a non-removable battery with a lower capacity – 2880mAh. 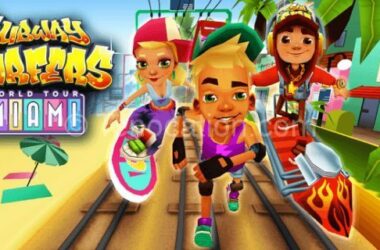 What Makes Subway Surfers So Addictive?

The division of a portable amusement has changed quickly over the recent years. The most famous diversions on…