Samsung Galaxy Note 3 has been in the market for six months now which is long enough for the company’s fans to begin speculating what it has in store for them when it finally unveils the Galaxy Note 4. First, it is important to note that Samsung keeps design information secret until a product is launched but considering what became of the Note 3, it is easy to make correct guesses. It is expected that the new model’s design will be inspired by the Galaxy S5 which was launched earlier this year. Note 3 looked much like the S4 only that a faux leather cover was added to its rear.

Other design specs which are expected on the new model include the IP67 weatherproof build which was first seen on the S5. To keep up with the competition from Apple’s iPhone 5s and the HTC One (M8) which both have a metal design, we might see Samsung finally make the switch from plastic to metal to avoid what critics have labelled as a cheap feel.

The original Galaxy Note had a 5.3 inch display. Its successor sported a 5.5 inch which grew to 5.7 inch when the Note 3 was revealed. Borrowing from this pattern, it is speculated that the Note 4 will come with a bigger screen which will most probably be 5.9 inch. With regards to resolution, Samsung has already made a statement which confirms that it is aiming for something higher than Full HD resolution. Fans can be positive about a UHD (2,560 x 1,440p) resolution for the new model’s display. Another of the display features which might be improved on will be viewing angles; we cannot be sure how considered that the AMOLED display on the Note 3 was excellent in the same aspect, but it is good to anticipate surprises.

Last year’s Galaxy Note 3 came with a Qualcomm Snapdragon 800 chip which ran at 2.3 GHz and had 3 GB of RAM. When Galaxy S5 was launched this year, it outdid the Note 3 by packaging a 2.5 GHz Snapdragon 801 CPU. Samsung is always striving to give its customers something better and include an even more powerful CPU. Qualcomm is yet to release its anticipated Snapdragon 805 chip which was expected at the beginning of this year but if it gets it done by the time the Note 4 is launched, this is most likely what the new model will have as its processor. Rumors have it that we might see 4 GB of RAM put into Samsung’s next tablet.

Release date for the Galaxy Note 4

So, when can we expect the Note 4? Most Likely, the device will be launched during the IFA trade show which will come in the first week of September. This means that a possible launch could be anywhere between 5th and 10th of September. Borrowing from the company’s release trends, devices will then be available for purchase after a month implying that the most probable time you can expect to put you r hands on the Note 4 will be in October of 2014. A launch in September is positive since Apple is expected to debut its first big screen iPhone around the same time. The Note 4 and Apples speculated phablet will compete directly should the later happen to come. 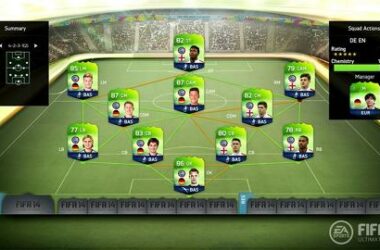