It is always fun to have exclusive characters that can be played only on our favorite console.

Commemorating two successful years, Minecraft Xbox 360 has now received the second birthday pack which features some Microsoft intellectual properties including Fable, Halo among others. The team at 4J Studios is definitely filled with abundance of joy because they managed to witness massive success with this first ever porting of the game. The scenario was entirely different about two years ago when the game was only on PC and Mojang was the developer handling it. They were not sure whether the console players would love this open world sand box game.

Besides, to streamline their work, the company decided to outsource the project to a different studio which is when 4J came into picture. The small team has been doing an incredible job ever since they took up responsibility and has been handling the console ports for nearly six different versions at the same time. They are working for the Xbox One version as well but took a break amidst this busy schedule to celebrate the two-year anniversary. The game has sold over twelve copies so far on the Xbox 360 which is a notable achievement and a trendsetting record on the older generation console. It is only expected to continue because there are a few more months before the game makes it way to the newly released, more powerful Microsoft console.

The original birthday skin pack for Minecraft Xbox 360 has been released for free and players can download them now from the XBLA store. The second skin pack has some exciting additions including Banjo Kazooie, Viva Pinata, Fable and the most popular franchise of all – Halo. A collective image featuring all major characters has been posted in the official 4J Studios blog that you can check out to get a glimpse into the pack. The good news is some of these titles are about to get a new installment on the Xbox One console.

A formal announcement is expected during the E3 2014 which is scheduled to take place in the month of June. For gamers who are looking forward to know more about the upcoming game and future Mojang plans, this could be the event that they are looking for. It’s going to be really grand and Microsoft is so confident that Xbox One line-up which will go for a whole 90 minutes will convince gamers to buy the console. It has received a price cut to just $399 which puts it on par with the PS4 console and the competition is expected to be really tough in the upcoming months.

Mojang will most probably be there at the E3 conference and they might share some specific information related to Minecraft Xbox 360, Xbox One versions. Phil Spencer earlier said that they are not just a team but a company by themselves who are capable of making their release date decisions. The upcoming gaming conference is going to be the point when not only but other developers as well who are expected to impress the crowd with their games. 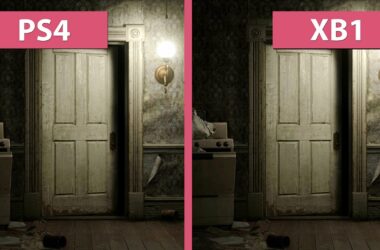 Resident Evil 7 to get embraced by massive anticipation and rich graphics. It’s not astonishing that Capcom is…

Adobe Flash Player 14 is one of the latest releases from Adobe. This was released along with the…