The popular online retailer Walmart has listed a fall release date for Xbox One version of the game and if they are being planned to be released simultaneously, then Minecraft PS4 will hit stores only in the month of December.

The tentative release date looks very long and falls out of the context, because Mojang in their recent blog statement confirmed that they are planning to release the game between the second quarter and third quarter of 2014. It is roughly six months and even the last possible option falls in October. The retailer has not specified any such information for the PS4 version of the game but it has been listed on another website named Gameseek. The not so popular retailer has confirmed that the next gen console versions are slated to hit stores on August 29th.

It is a mystery on how this retailer could specify an actual date without any confirmation from Mojang or 4J Studios. Maybe, they might know something we don’t know with inside sources or the online retailer simply makes use of the huge popularity of Minecraft to get some free publicity. Walmart is yet to make any changes and have announced that buyers can expect more announcements in a short while. There is a chance that they might add the Minecraft PS4 version as well soon along with the tentative release date of December but this is only a possibility and not confirmed news. Online retailers always have a habit of listing games even before their publishers confirm dates. It has happened multiple times with GTA 5, a Rockstar developed game that is yet to find its way into next gen consoles. Unlike that game Minecraft is confirmed and is expected to come out soon.

Sony seems to be going on a great run because they have confirmed officially that Minecraft PS4 along with PS3 and PS Vita editions is set to see a retail release. The boxed editions are usually pricey to make compared to the digital only release. In recent times, majority of indie developers choose to launch their games in the digital stores as they are cheaper and doesn’t require extensive physical marketing. A game like Minecraft will hardly occupy space in a huge bluray disc and the company may choose to fill it up with some exclusive special features.

It is more of a collector’s edition, because only gamers who are serious about the title and wish to showcase their collection will consider buying this version. Others may rather go for the digital download. Besides, when there is so much space available on the disc, it will be a wise move to fill them up with stuff that could make the purchase worthwhile. The retail version of PS3 platform is scheduled to be released on May 16th. This is right around the corner and the next gen releases can be expected right after that. We will bring you the latest updates as they arrive. 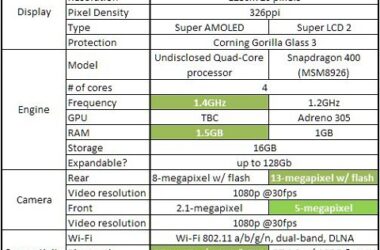 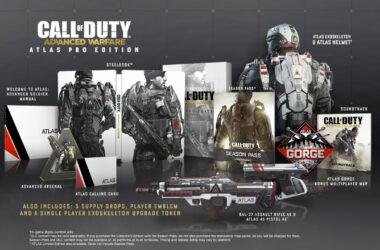 While the release date for the game is still a couple of months to go, the developers Sledgehammer…