The success of the Lumia brand has seen Nokia get more excited about launching new phones in the last few years.

However, the benefits of having such a large display will become apparent in terms of multimedia and web browsing. The Lumia 1520 boasts of a screen that is larger than the 5.7 inch one present in the Galaxy Note 3. However, since it does not feature more than full HD resolution, it can offer only just over 350 PPI of pixel density. This is slightly lower compared with the Lumia 1020 that can offer a 768 x 1280 pixel resolution in its 4.5 inch display.

Aside from the display size and resolution, they also differ in terms of the technology utilized. The Lumia 1020 team relies upon the AMOLED display while the Lumia 1520 has the IPS panel. Both technologies produce different results in different conditions like indoors and indirect sunlight.

A big advantage of owning either one of the Nokia devices becomes apparent when we step into the camera department. Known for the Pureview range of phones that came with cameras that could challenge a compact digital camera, it is not surprising to find a stunning 41 megapixel camera at the back of the Lumia 1020. Further, the impressive camera specifications continue into the Lumia 1520 as well. This phone features a 20 megapixel camera complete with Carl Zeiss optics.

They may not have 4K video recording and other latest features, but the Lumia 1520 provides every important feature like optical image stabilization, video light, and stereo sound recording. In addition, the Lumia 1020 also comes with the ability to lose almost no detail in the 4x video zoom. This is in addition to features like xenon and LED Flash combined to give an impressive night photography results. The camera also comes with auto/manual modes.

The manual modes will give a lot more control over the individual camera settings. The Lumia 1020 retails in the market for $420 while the Lumia 1520 costs $470.

With the 41 MP Pureview Camera, the Nokia Lumia 1020 seems well on its way to bringing the…

Bad breath normally emanates from accumulation of bacteria in your mouth for a long time. However everyone experiences… 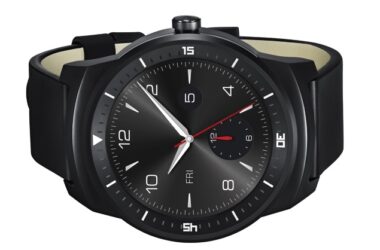