The high-end smartphones of today offer features that are of the highest order and it is not surprising that the HTC One M8 is one among them.

The Nexus 5 is one of the competitors for the HTC device. Not only does it come from the stables of Google, the makers of the android operating system, but it also provides a value for money proposition in comparison with the HTC product. Both devices came out at different times with the HTC being the latest.

One of the high points of the HTC One M8 is its design. According to the company, this phone uses 25% more aluminum than the previous generation device. As a result, it is one of the few phones in the market that can actually claim to be a premium device. Despite avoiding polycarbonate materials almost entirely, the device is extremely light at just 160 g. The Nexus 5, though, is slightly better in this regard because it uses polycarbonate for the most part.

Google, however, has taken care to ensure that the device does not get branded as one of the Samsung phones due to its cheap quality materials. The Nexus 7 tablet is considered as one of the best build devices in the tablet segment. The Nexus 5 could easily get this tag in the smartphone segment.

The Nexus 5 is slightly easier to hold due to its small dimensions compared with the HTC One M8. The small dimensions come about largely because of the 4.95 inch display. However, the HTC does not vary significantly in this regard because it only features a mere 0.05 inch increase. In terms of resolution, there is almost nothing to separate the two phones because they both feature the same full HD resolution. This may be considered as a disappointment by some sense the HTC One M8 should have come with at least 2K resolution.

The Nexus 5 being almost 12 months old and can be excused in this regard.

The two phones come with android 4.4 installed straight out of the box and they provide a great user experience due to the quad core processors within them. There are subtle differences that make the HTC device slightly faster. The Nexus 5 uses the snapdragon 800 range whereas the HTC uses the snapdragon 801 range.

This is an area where the Nexus 5 catches up quite significantly due to its $ 350 price tag while the HTC One M8 costs closer to $ 700 after having come out only recently. 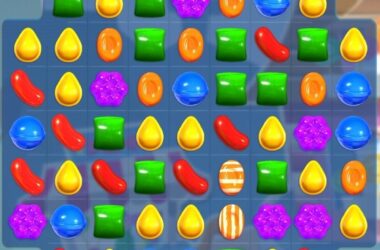 How many hours do you spend on Facebook daily? When we were trying to compute some statistics, we…