The world of gaming fascinates us with lots of intrigues.

The most recent development indicates that there has been a leak of the development picture of Fallout4. Analysts now say that the next Fallout release might come with a different name and it is likely to be next generation only.

The release of one of the development pictures of Fallout 4 could be a serious security breach for the developers. Yet, it cannot be established immediately whether the picture is genuine or fake. Yet one cannot say for certain whether it is really a security breach or a gimmick. Game developers are known to spark off controversies and rumors before an update or a new game release. It has been observed that the debates act as free advertisements which spread the brands

What Might Be Up If the Picture Is Genuine

If you looked closely at the leaked picture, it appears to be an off screen shot which the leaker ensured that his ID is blurred out. There are some game details you can infer from the rogue picture. Some of the more obvious impressions you can infer is the fact that there are options below the object tab. It shows that you will be able to save to PC in the update. It also suggests that you will be able to save to PS4 and XBONE. Consequently, it goes on to prove that the Fallout 4 update is set to be exclusively an 8th gen console.

If you cast your eyes further down the Actors Data, you will also deduce that there are several options in the new game update. Some notable features in this segment point at the presence of Quests, Races, and Perks. It appears that Fallout 4 is set to return the Classes, Quests, and Perks in the Fallout Game. In addition, and more importantly for a section of the game enthusiasts, you may get a chance to select a race. In the leak, however, the indication in the leak points in an unusual direction. The leaker seems to suggest that the choosing is between mutants and human characters. Experienced players view this as unlikely.

It can be seen from the leak that the game is set in such places as museums, Harvard University and a hospital. You cannot resist concluding then that at least Part of the updated game is set in Boston Massachusetts.

Other meaningful features in the leaked image include the initials CRE and the Bethesda identity. You can also see the words ‘this year’. The words Fallout 4B are visible too. It appears then that the developer is yet to settle on a name. The word international may mean that you are looking at the possibility of having several versions of the game based on regions. It may also be pointing at a change in the game’s online system. 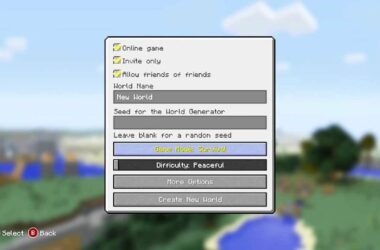