The last smartphone Google released, the Nexus 5, was a huge hit.

The next generation, Nexus 6, is scheduled to be released sometime during the end of this year. With the latest iPhone already on the market, is Google ready to compete in the premium, high end handset market? Can the strategy of cheap and affordable phones with excellent specs, prove successful once again? With production of the Nexus 5 stopped, one can only assume the Nexus 6 will hit the market anytime soon. We present you some of the known specs of the Nexus 6, and how they compare with the iPhone 6.

Widely assumed that the Nexus 6 will be a Motorola product, many people expect the device to have the same design as the Moto X. That means aluminum build and no plastic whatsoever. The iPhone 6 has curvier design than we are accustomed to see from Apple. Due to the increased screen size, the device has changed the look and the power button is shifted to the side. All of the changes are made in order for users to be able to manage their phone with just one hand. The screen of the Nexus 6 is rumored to be 5.2 inches, same as Moto X. Another option is a 5.9 inch display. However, the display should see an improvement, up to QHD resolution at 2560×1440 pixels. Apple’s device features a 4.7 inch screen display, with resolution of 750×1334 pixels and density of 326ppi.

The processor of the Nexus 6 should see an upgrade. Rumors suggest that the Nexus 6 should feature a processor that is 64bit compatible, meaning it could see a Snapdragon 808 or 810 inside. The specs are rumored to be quad core processor clocked at 2.7GHz, with a support of 3GB RAM memory. The Nexus 6 could feature a rather unlikely internal storage. At the moment, rumors suggest 24 GB of built in memory. There is no confirmation regarding external slot. Apple’s device features a 64bit A8 chip. Whether the Nexus 6 competes, is unknown at the moment. The iPhone 6 features a dual core processor at 1.4GHz, but due to the 64bit architecture built, the processor is a lot faster than the one found in the predecessor, the iPhone 5C.

The iPhone 6 runs on the latest iOS 8, which got an update few days ago. The OS has tons of features, and with the update, even more security. The Nexus 6 should premiere the new Android OS, at the moment called Android L. Not much is known about the new OS, except that it will have a completely new User interface, better graphics and provide better performances. Everything is redesigned, including the applications and widgets.

As with many other things in the Nexus 6, the camera is also something that we haven’t seen before. A 12-MP rear sensor is rather rare on the market (most devices have 13MP or 8MP). The front facing camera is rumored to be 2-MP sensor. Apple’s device competes with an 8-MP rear facing camera with tons of inside improvement and new features, and a 1.2-MP front camera.

Sadly, there is no information about battery life regarding the Nexus 6 at the moment. We cannot compare it with the one found in the Moto X, which should serve as an example, since the battery capacity of Moto X is also unknown. However, the phone should handle 14 hours of usage, according to several sources. The battery found in the iPhone 6 is an 1800 mAh battery that can handle 14 hours of talk time.

Even though it is still not released, rumors are the Nexus 6 will follow the footprints of the Nexus 4 and 5 when it comes to price. Therefore, the price will be a lot lower than competitors. The rumored price is in the range of $550 for a SIM free version. The price for the iPhone 6 is set at $650 for the off contract version.

For those eager to get their hands on a product with a new Android OS, the Nexus 6 is surely worth waiting for. Considering the fact and the updates Apple made with the latest iPhone, one can only assume Google will not give up that easily. Nexus 6 should be an excellent device, one that is worth waiting for a few weeks/months. 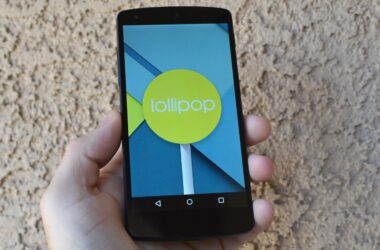 Android has unveiled their next OS version; it is called Android 5.0 Lollipop or Android L. This new… 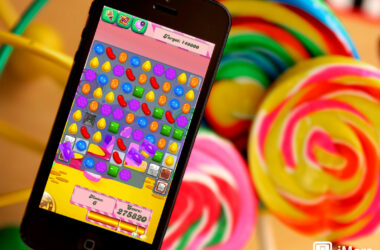 For many of you out there, Candy Crush Saga is the best pastime, ain’t that true? We know…