There a few similarities between these two device, so we will be analyzing all their specifications to see exactly which one has the edge over the other. Both are Q1 2014 releases, and feature the same processor, so it’s going to be tough to choose a winner. Let’s get started with the comparison and see what’s up with these handsets.

The E3 features an enhanced curvy look, as compared to the E2, and it is comfortable in the hand, having 9 mm in thickness and weighing 134 grams. The nice body wraps around a 4.7 inch display which operates at a 720 x 1280 resolution, using the IPS LCD technology, giving it a sharp image.

For the processor, the Acer handset uses a quad core chip clocked at 1.2 Ghz. In addition, the smartphone comes with 1 GB of RAM that support the processor. The internal memory is rather small, only 4 GB, but you can use a microSD card to boost it up to 32 GB. Next in line is the device’s camera. The optical lens provides 13 MP and LED flash. The whole ensemble is sustained by a non-removable battery unit that can keep the device alive for 260 hours of standby time.

Weighing 143 grams, the Motorola Moto G weighs more than the Liquid E3, but remains just as comfortable to grip in your palm, as it features a nice curved back. The display on this model has 4.5 inches and supports a 720 x 1280 resolution, while being protected by the added Corning Gorilla Glass 3. With the Gorilla Glass, you won’t have to worry that your device’s HD LCD screen will crack at the slightest touch.

The Adreno 305 GPU gives it a performance boost when gaming, while the rest of the processing is handled by the quad core CPU, also clocked at 1.2 GHz, just like its opponent’s. The phone also features 1 GB of RAM. For internal storage, the device comes in two variants, one with 8 and one with 16 GB. Users will have to settle for these amounts, as microSD support is not included. The Moto G’s camera has 5 MP .It its equipped with LED flash and complemented by a 1.3 MP front facing shooter. The included 2070 mAh battery makes sure you get to use your phone for a full day before having to grab the charger again.

The Acer Liquid E3 comes out as the best device overall, with better display features, as well as a much better camera. Even the internal storage is superior, as the device features microSD support which allows you to get even more capacity. 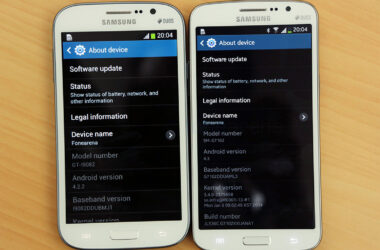 Whatsapp is a messaging app that was created for Android, Windows Phone, iPhone, Blackberry and Nokia, to allow… 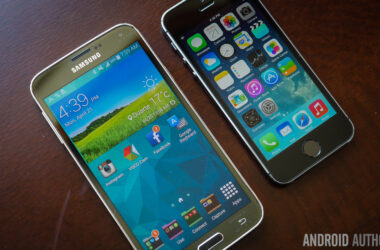