Angry Birds and Flappy Bird have one thing in common and it is that the birds are the protagonists.

Other than that, these two games are as different as can be.

One game uses sophisticated gameplay and beautiful graphics while the other one has a simplistic gameplay and retro pixilated graphics. Don Nguyen, a developer from Vietnam, created Flappy Bird. On the other hand, Angry Birds was designed by Rovio, a game studio from Finland.

The Flappy Bird developer created this game in his spare time – it is a novice’s work. The game was then launched back in May of 2013. Even so, the game did not get noticed immediately after its launch and it took it seven months to gain popularity. In those seven months, Flappy Bird built its fan base and as a result, was able to gain unbelievable loyalty. Soon, Flappy Bird went from a game no one has ever heard of being one of the most popular games on earth, making Dong Nguyen, millions.

Angry Birds was developed with immense care and deliberation. It was also released with a lot of fanfare and became an immediate success. As a matter of fact, Angry Birds was the game that laid the foundation, which built the mobile gaming industry. After its release, Angry Birds quickly transformed into the multi-million dollar franchise, it is today.

Both Angry Birds and Flappy Bird are extremely addictive games.

Flappy Bird’s success was built on the ‘frustration’ aspect. In other words, its players simply get frustrated because Flappy Bird is such an easy game; yet it is still a difficult game to master. Angry Birds is a thought provoking and strategic game.

Being fundamentally different, people who played both apps did not play them with a similar intent. You will even realize that both games have a very different audience. Angry Birds appeals to a much broader mass audience, whereas people play Flappy Bird just to kill time.

Some major differences between the two mobile games

Dong Nguyen was completely responsible for the demise of Flappy Bird. Apparently, he did not enjoy all the attention he was getting from the game and decided to bring it down.

On the other hand, Angry Birds seems to be experiencing a ‘natural death’. It is facing much stronger competition by the day. There are more fun and newer games that keep coming up and they slowly cast a dark shadow on Angry Birds. Even though there were several other newer versions of this game, they never did measure up to the success Angry Birds had received initially.

When both games were created, they each had a unique charm and that is why they were such a huge success. While Flappy Bird seems to be a fluke, Angry Birds is a sophisticated and suave game. Both games were developed from a different approach and their demise is also different. One fact remains – Angry Birds and Flappy Bird are games of the past that will probably never get to experience the success they once had. 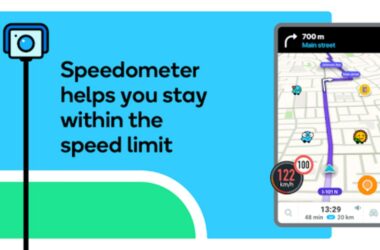