Command and Conquer, as the name itself suggests, is a strategy game that is played in the real time mode.

The franchise is among one of the most successful ones of all times. The first game of the series has been developed by Westwood Studios, which was later absorbed by Electronic Arts and later disbanded. The year 1995 saw the release of the first game of this highly successful series, which was based on the story line that the Earth was affected by a mysterious substance called Tiberium.

Gradually two factions were formed – one, the Global Defense Initiative, wanted to destroy it so that Earth could be saved; while the other, Brotherhood of Nod, believed that the resource should be harnessed and its powers were to be used. The game marked a highly successful entry of the franchise into the world of gaming and as a result, the next edition, Red Alert, was an even bigger hit, when it was released in 1996. The game was then followed by some hugely successful installments like the Tiberium Sun, Tiberium Wars, Renegade and Tiberian Twilight, the last one being released in 2010. Meanwhile, the Red Alert series was also developed and continued throughout the first decade of the 21st century with Red alert 2 and 3 making inroads into the gaming world. The huge success of the series can only be fathomed by the fact that it sold more than fifty million copies since its first release.

By definition, these games have always been real time strategy games with just one exception, that being the Command and Conquer: Renegade, which was a first person shooter game. The games have been set on similar story lines with same games of a series having a continued storyline but similar modes of playing. The story swapped from one faction to the other in the same game and all the factions worked together in parallel, while the game was being played. All the games have featured a dedicated multiplayer mode which could be played using LAN and modem connections and which added more fun and interest in the game, as it allowed many people to play together. Some additional features for the multiplayer games were a great boon.

The game consists of the players trying to make their base or their stronghold by acquiring resources and then turning them into structures by using the Mobile Construction Vehicles. This is done so as to fund the various operations and forces which have to go out and conquer the opponent’s base and to protect oneself. All the major construction units are made at the construction yard, where specialized vehicles are deployed to do the job and then they move out once it is finished.

The various factions in the game are aircrafts, infantry or vehicles and all factions have similar resources at their disposal, differing slightly, depending on the type of faction. This makes Command and Conquer a very interesting and enjoyable strategy game. 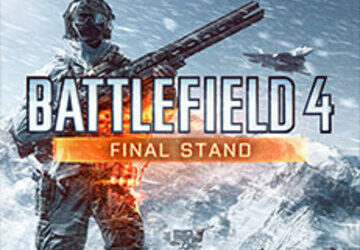 If you have already played Battlefield 2142, you are sure to find many interesting similarities of its maps…