The developers of the Minecraft PS4 edition, 4J Studios have confirmed that the Playstation 4 edition of the game is complete and has been submitted to Sony for certification testing. Just a couple of days ago, the studio proudly made the announcement on their official Twitter handle where 4J posted a picture sporting exclusive characters which are usually found only in the Sony version of the game.

The screenshot included those including Kratos from God of War, Thor, Sly Cooper, Nathan Drake from Uncharted, as well as the original protagonist of the title.

While this has been made official, the studio also revealed in a following tweet that they are not done with bug fixing for PS Vita as well as Xbox One versions of the game. Fans who have already purchased the new generation Microsoft console are eager to try Minecraft on their brand new hardware and it is a given because the game originally got released on the platform a year earlier before it made its way to the Playstation 3 platform. It also had exclusives such as skins and texture pack related to Gears of War as well as Halo, the two most popular franchises on the platform.

For the convenience of gamers who already own the Playstation 3 edition of the game, the Minecraft PS4 edition will be available at a discounted price for these people. If you own the game already on an older generation console, you will be able to upgrade to the new gen version by just paying $4.99 additional. The copy will automatically be renewed to the new version whereas people who are planning to buy the game for the first time for PS4 will have to pay $19.99 on the Playstation Network to acquire the digital copy.

The development studio in association with the publisher Mojang has also added that they do have plans to reveal a retail copy of the game. A snazzy box art for the same was shown a couple of months ago but for now, we don’t have any solid updates on it. If it comes out, the release date could most probably be in the month of September, right before the Holiday season begins.

When Minecraft PS4 launches, it will come bundled with all the texture and skin packs that got released so far. The team has launched multiple exclusive items for the Playstation 3 platform which will be made available along with the updates as well. New features found in the PS3 version including ender’s chest, emeralds, trading with NPC villagers among many others will be part of the game on launch date whereas you might be required to buy the packs separately by paying the usual price.

The architecture of the new Sony console has many similarities with that of the PC which leads to the claim that future updates will be much earlier and will be ported to the platform as soon as the PC version comes out. Minecraft PS4 and other platform editions are handled by 4J Studios while Mojang works only on the PC version directly. 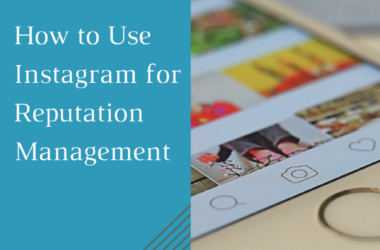