Chromecast vs Apple TV – Comparison of Features, Specs and Prices

Chromecast and Apple TV are two of the best television streaming services, so if you are trying to decide between the two, here’s a comparison.

Google’s Chromecast and Apple TV offer the best options for experiencing the best shows and movies by connecting you to the Internet, instead of buying a smart television, with an external television streaming service. Both these devices are able to stream audio content as well as video content on your television, with a few differences.

The price between the two devices is the first difference, with Apple TV being the more expensive at around $100, whereas Chromecast can be bought at one third of the price at about $35. You can also access more media files as well as apps through Chromecast than with Apple TV, as Apple TV only enables you to play media files that are approved by Apple either through iOS devices or through a computer in which iTunes has been installed. Google allows you to buy the audio or video file from the Google Play store and then stream it on the television through your smartphone (Android). The bottom line is that you can surely play more files, both audio and video, through the Chromecast than with the Apple TV.

Both do not offer too much in the way of third party content access, though Chromecast seems to be better in this aspect as it offers you access to content, such as Netflix as well as BBC iPlayer. On the other hand, Apple TV only allows access to one popular on demand content, which is Netflix. The best way to decide which one would suit you better is to visit the official site for both the streamers and see what it is actually costing.

It is a simple affair to control the Apple TV with its remote, though you can also control it through your iOS device connected with the same network, so that you are actually mirroring audio or video content from your iOS device to the television, by clicking on the mirror icon. Another alternative is to control it through the Mac or the PC through iTunes connected with the network. Navigation can be done with the remote control provided with the Apple TV through Netflix and other streaming apps.

Chromecast does not come with any physical remote control in the box, but you can control the device through your Android device or your iOS device and even your computer, so long as it is connected to the same network. The Chromecast application has to be downloaded while initially setting it up and then with a BBC iPlayer, a supported application you can use the Chromecast app.

Though Chromecast is new in the field, it offers greater support for more devices compared to the Apple TV, as the latter is a closed device. Those who own Android devices will prefer Chromecast, as Apple TV does not offer support streaming content from Android devices, whereas Chromecast works perfectly. In addition, Chromecast also offers support for iOS devices, Windows Phones, the Mac OS X as well as Chrome OS, whereas Apple TV can only connect with the iOS and the Mac OS X. So, Apple TV will only work fine for those owning Apple devices. However, when it comes to the number of applications supported by these two streaming platforms, Apple TV scores in this aspect. 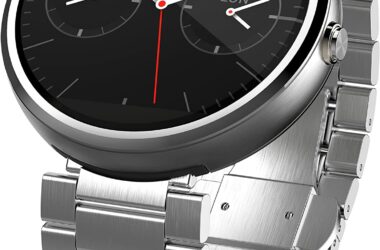 In terms of design, Motorola said that they had to go back in time in order to reinvent… 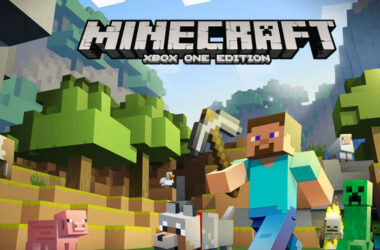 Minecraft Xbox One and PS4 Release an Graphics Update by Dev