GTA 5 is one of the hottest titles ever since its initial debut and Rockstar has been enjoying its sales for over a decade now.

When the game officially was launched on Xbox 360 and PlayStation 3, there was chaos. The players believed that it is never going to come to the new generation consoles or PC but after months of waiting, the developers finally confirmed the news. During the E3 2014 reveal, they confirmed that GTA V is indeed coming to all other platforms before the end of 2014. But, the bad thing is they haven’t confirmed a release date yet and we really hope that it doesn’t get postponed to sometime next year. Before that, we will explore some of the best things that the game is going to bring on these platforms.

At the moment, GTA 5 on PlayStation 3 and Xbox 360 has received multiple verified online jobs. After a slew of patches and updates, the multiplayer version titled GTA online is much more sophisticated and works as it should. Compared to the older generation consoles, it should be much easier to go for the new hardware which supports 16 player matches easily. We are not sure if Rockstar is going to introduce 32 player maps but if they do, it will be twice the chaos with so many moving around. Online heists is a popular mode in the multiplayer watches which is yet to get released. Once it comes out, it’s going to be made available on the new platforms as well that will keep you busy for long hours.

The feature will be exclusive to the PC version of GTA 5 and we assume that once the game lands, there’s going to be a lot of movies to watch out for. The concept is to let people make movies using their game play videos and even script an entire event. It could all be captured in any angle as you please and show it off on YouTube. Given the keyboard and mouse controls found in computers, this should be much easier because people can easily control the camera to get the desired results.

While we all know that GTA 5 is going to look gorgeous on new generation consoles because of the powerful hardware, it is also going to bring in one great feature. There will be an increased draw distance which will allow you to enjoy the scenery that is in a far distance. The game will offer so much of visual glory to take to and it is all made possible because of the power of the PlayStation 4 and the Xbox One consoles.

GTA 5 is already out on older generation consoles but Rockstar has been keeping the release date a secret so far. As they have promised to bring it out before the end of the year, we really look forward to an official announcement soon. Keep your fingers crossed! 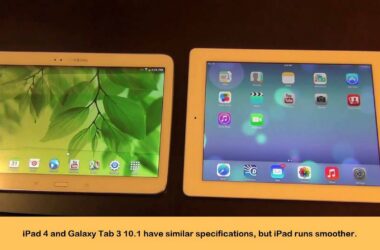 Both Apple’s iPad 4 and Samsung’s Galaxy Tab 3 are great tablets to have. Here’s a comparison between…