HTC One M8 and Samsung Galaxy S5 are two of the most popular and best Android smartphones of 2014.

One of the key features of any smartphone today is the camera. Manufacturers are going neck to neck in a bid to outdo each other. Let us find out what these two hold for users.

The HTC One M8 has a 4 ultra pixel rear-facing camera with a 2.0 aperture, which should allow for more light absorption and ultimately lead to better night shots. On the other hand, the Samsung S5 has an aperture of 2.2 and a 16 megapixel camera that is great for cropping and editing.

When you take a shot using both phones in low-light conditions, you will notice that even though the M8 has lower aperture, the S5 clearly does better under such conditions. This goes to show that specs are not everything. When you use flash on both phones under low light conditions, it is obvious that the S5 has a clearer picture than the M8.

Another thing is the HDR feature which allows for greater dynamic range between the lightest part of an image and the darkest part. When using this feature with the M8, the difference between the lighter and darker areas is much greater than it is when used in the S5.

Another feature is the S5’s selective focus. When you use this feature, you will be able to blur the background of a photo. It is, however, not that accurate, since the S5 uses software to do this. The M8, however, uses its second sensor to complete the same task but with more accuracy.

When it comes to cropping, the 16 megapixels on the S5 comes in handy seeing as you can crop it all the way to 75% while still maintaining a beautiful shot. However, the same cannot be said of the M8 because the more you crop the image, the worse it gets. When you take a photo with the front facing camera of both phones, you will clearly see that the M8 does a better job due to its higher megapixels.

As for video, the S5 has an edge, because it can record in 4K. However, the M8 has more vivid color contrast than the S5. It also appears to be less shaky while moving around. While neither of the cameras has a built-in stabilizer, the M8 stabilization software does a much better job.

As for auto-focusing, the S5 wins hands-down as Samsung claim to have the fastest auto focus, which stands at 0.3 seconds. The difference is honestly miniscule nonetheless – it is always good to have a super-fast auto-focus.

So Which Is The Best?

This is not a simple decision as both phones have their weaknesses and strengths. Most people would probably choose the S5 if they want to edit their photos. The 16 megapixel camera comes in handy not to mention it is more true to life than the M8 when taking photos. The fact that it can shoot 4K is also a plus.

The M8, on the other hand, shoots better pictures outdoors and is a great phone for those people who take lots of selfies. Not to mention the software on the M8 is much better than the S5 in terms of image stabilization.

Table of Contents Hide Realistic predictionsBrace yourselves, the iPhone 6 is coming! By the end of 2014, Apple… 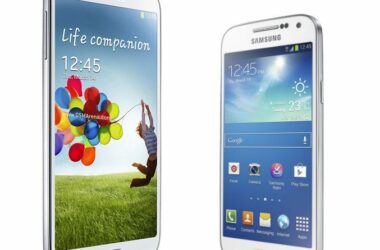