Amazon Fire TV and Chromecast are media streaming boxes that connect your HD television to a whole new world of entertainment.

Amazon Fire TV consists of a set top box that can connect your television with online entertainment, with a wide range of television serials and movies. The media-streaming box has a wide range of features, such as voice search and Amazon Free Time, along with ASAP. The player offers a simple means of enjoying various forms of entertainment, such as Hulu Plus, Netflix and Amazon Instant Video. You can also enjoy music on demand and view sports, rent movies and watch games, plus do a lot more. There is also a huge collection of entertainment content offered by Amazon, which can be accessed through subscription. Users can access some 200,000 television serials and movies through the subscription and rent videos for watching movies, games or music of their choice.

Chromecast is also a good media device, offered in the form of a stick, no bigger than the thumb. You can plug it into the HDMI port on the TV set and then access music shows, music and lots more. The device does not have a remote and can be operated through a mobile application. It offers compatibility with Windows and Mac along with iPhones and iPads. The mirror screen feature can be used on the Android device and you can browse, control, adjust volumes and perform other tasks using your Android device.

The streaming device comes along with a remote control, which has a voice search feature integrated in it. The user has to speak the words aloud about the content he wants to view and it will appear on the screen. The voice search feature is very effective and efficient in the Amazon Fire TV remote.

The interface is very fast and fluid and offers instant results. The streaming play offers good speed, as a quad core processor combined with an Adreno 320 graphics chip powers it. The internal memory storage of the streaming device is 2 GB, which is more than what an average streaming player offers.

The video and sound qualities of Amazon Fire TV are also excellent, as it enables streaming television up to 1080 p HD. The Dolby Digital Plus, up to 7.1, offers excellent surround sound effects. The ASAP feature enables the immediate starting of the video. The streaming device is very user friendly and has easy navigation options.

Chromecast enables access to all your favorite television shows in simple steps. You need to first plug the stick into the HDTV port and then connect through Wi-Fi. Music and videos can then be sent to the television through your Android or smartphone device.

If you are looking for good portability or a cheaper price, Chromecast is surely better, as it is a smaller device and can be transported easily without any cables, making it very convenient. However, the Amazon Fire TV can also be easily transported through a backpack or a large purse. 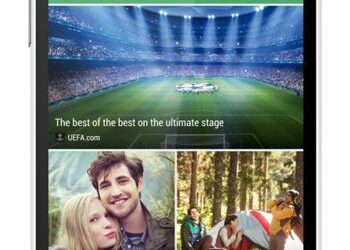 The HTC Desire 816 is only a few months older than the Motorola Moto G (4G LTE). Also,…

Viber is one of the most popular free calling and instant messaging service. It can be used to…