The Legend of Zelda – A Truly Legendary Game

The Legend of Zelda was introduced by Nintendo way back in 1987 and has since been a very popular game series. Over the past few years, several sequels and updates to it have been released.

All of them, however, follow the same basic pattern of action and adventure. Though it is an old game, it is a part of the Classic NES series from Nintendo and is worth the price of $20.

The game plot is the same as the others in the series. The player plays the role of Link with a sword and other items. Link has to rescue a princess named Zelda from the villain Ganon.

He goes through several dungeons and fights creatures to get the Triforce of Wisdom. Finally, he heads over to the ninth dungeon and faces Ganon.

The game involves a good mix of action with some puzzle solving features. As you play, you get some items. You need to use these items at the correct time, as some of them may be useful for combat.

These could be a simple sword, a bow and an arrow, bombs or a magic wand and several others. You can also get a raft for reaching difficult areas and ladders to cross gaps and so on.

This timeless franchise has taken on different forms throughout the years. It is almost impossible to predict the next journey of Link. Will Nintendo bring in flashy features so that it makes it different from the previous versions? Nintendo has an incomparable vision and might give up the baggage it is carrying for so long, in favor of something new.

It is expected that the game will now bring in dungeons as well as puzzles and a narrative along with new characters. There will be innovations but the music, the weapons; the enemies will probably continue to remain the same.

A Link to the Past brought in some strict puzzles and unimaginable discoveries, so the future of the game seems bright.

This will contain parts and elements of The Legend of Zelda series combined with Dynasty Warriors series. The game is supposed to release in August 2014. The story is set in Hyrule and starts with Link as the protagonist.

He is a soldier going through training. Zelda is the princess of Hyrule and a witch named Cia kidnaps her. She falls in love with Link and is jealous of Zelda and her relationship with Link.

The player will continue to use bombs, swords and also the signature attack of Link, namely the spin attack.

The combat system of the Dynasty Warriors will be combined wile targeting the enemy. The game will be available in multiplayer format. The game was announced in December 2013. It will not be the next installment of the Legend of Zelda, but rather a spinoff to the main series.

The game has a regular and a special edition, the Premium Box and the Treasure Box. Fans are excited at the combination of playing Dynasty Warriors with the characters present in the Legend of Zelda.

Despite some glitches in the gameplay, the Legend of Zelda has aged remarkably. The soundtrack is brilliant and the visuals are creative. The adventure has been layered and crafted masterfully and offers a great depth of gaming experience to players.

It is a truly legendary game. Apple has finally entered the market of phablet smartphones. With its iPhone 6 Plus, the company has decided… 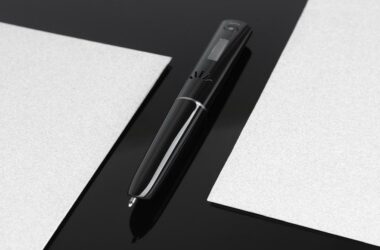 The Livescribe Echo Smartpen is every bit what its name suggests. This amazing pen is available in 2…