Apple still remains secretive regarding its upcoming iPhone 6’s release date, although according to rumors and speculations, the smartphone will be released in August. Samsung already announced the release date of the Galaxy S5 Prime, and it’s on June 12, in New York. The rivalry between the two giants will never end, but the consumers are the ones in advantaged, because they get to buy the best gadgets. Here’s a short comparison between these upcoming devices.

The iPhone 6 will borrow the design of the iPhone 5C and the iPod Nano and will come with an aluminum carcass, but with more rounded back corners. Its camera will be covered with sapphire glass, according to Expert Reviews. As for the Samsung Galaxy S5 Prime, PC Advisor claims that this smartphone will have a gold metal body and a red cover that will look like the Galaxy S5’s perforated cover.

The iPhone 6 will be powered by an A8 processor and will have 16 GB of RAM. The Samsung Galaxy S5 Prime will have a 2.5GHz quad-core Qualcomm Snapdragon 805 processor, an Adreno 420 chipset and 3 GB of RAM. The internal storage will be of 32 GB.

The iPhone 6 will run on the iOS 8, will feature Touch ID and many applications found on the iPhone5C. The Galaxy S5 Prime will run on the Android 4.4.3 Kitkat operating system and will have TouchWiz, Samsung’s user interface. The phone will also be dust-water resistant and will have a heart rate monitor and fingerprint scanner. 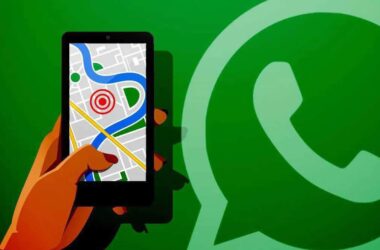 Reasons Why You Must Definitely Use WhatsApp on Your Smartphone

Display Motorola equipped the Moto G with a LCD display measuring 4.5 inches. This display can render a…