Halo is undoubtedly one of the best game franchises ever to hit the market, as proven by the hundreds and thousands of fans and the multiple awards and nominations it has received.

Being one of the selling points for almost every Xbox console, the franchise will be moving towards the next generation of consoles in an attempt to win the everlasting console war between Microsoft and Sony. According to the latest official information, the next game in the franchise will be called Halo 5: Guardians, and will hit the Xbox one in Fall, 2015 with no firm release date officially confirmed.

The 343 general managers of industries, Bonnie Ross, recently stated that Halo 5: Guardians will reach new heights and will be far better than the previous games. According to him, the main reason for this will be the additional effort the developers have put into the game, as they are trying to drain the power the next-gen Xbox One provides them with. The game will harness the power of a brand new and more powerful engine.

Bonnie Ross also said that the core elements of the prior games will be left intact. The game will feature well known characters, which will definitely bring noise to the Xbox One, including Master Chief. However, Halo 5: Guardians won’t be the only thing hitting the market. Around the same time the game is released, in fall 2015, there will be a television series based on the game. No further information about the TV Show has been given up to this point, except the fact that it 343 industries are working together with Steven Spielberg to bring the fans a TV series worthy of the game with the same name.

Halo 5 is set to be a game that will bring back the old fans to the franchise and will appeal to those who are not familiar with the game as well. Reaching new audiences with the game and the TV Series, the developers truly hope that the game will boost up the sales of the next-gen console.

As far as the story goes, Bonnie Ross didn’t reveal much. The only teaser that was shown at last year’s E3 also doesn’t. Currently the only available information is that Master Chief will once again undertake a unique journey and that he will be partnering up with a new, yet unknown character.

The official release date for the game hasn’t been announced, but developers assure the fans that Halo 5: Guardians will see the light of day in fall, 2015. More information about the game, the franchise and the TV Series will most probably be revealed at the annual E3 2014 event where Microsoft will hold their Xbox One press conference. The game will be released for both the PC and the Xbox One, but currently it is uncertain as to whether Xbox 360 console owners will be able to enjoy the new title in the infamous gaming franchise.

The Galaxy Tab series, from the Korean giant, Samsung Electronics, was once highly acclaimed, which as of now… 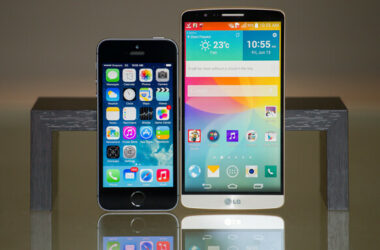