Nokia X is famous for its feature named Fastlane that allows quick access to all the applications from the phone. You can download top apps such as Plants vs Zombies 2 or Skype, but don’t expect to make awesome pictures, because the smartphone doesn’t have an advanced camera. With Samsung Galaxy S Duoss 2 you can easily surf on the internet, because it has a fast web browsing. But let’s see which phone has more advantages.

Both smartphones have a 4-inch capacitive touch screen and a resolution of 480×800 pixels, but the Nokia X is equipped with an IPS LCD screen, while the Samsung Galaxy S Duos 2 has a TFT screen.

The Nokia X has a 1-GHz dual-core Cortex-A5 processor + Qualcomm MSM8225 Snapdragon S4 Play chipset, and only a variant of internal memory – 4 GB, but you can expand it by up to 32 GB.

Both smartphones are Androids, running on the Jelly Bean o.s., but the Nokia X has only 512 MB of RAM, while the Samsung Galaxy S Duos 2 comes with 768 MB of RAM.

The Nokia X has only a 3.15-MP camera, while the Samsung Galaxy S Duos 2 has a 5-MP primary camera (autofocus + LED flash) and a VGA secondary camera.

On amazon.com, you can buy the Nokia X dual-SIM variant at the price of 125 dollars, while the Samsung Galaxy S Duos 2 costs 151 dollars. 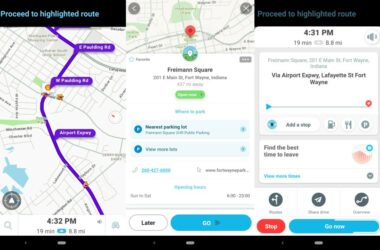 Waze – The Best Features and Highlights

Waze is a voice-enabled GPS navigation app that was purchased by Google in 2013. Since then, the popularity…