The era of phones with dedicated cameras has also brought about the requirement for smartphones that could even challenge DSLR cameras in terms of quality.

This trend was initially started with the Nokia N8, which came out with a 12-megapixel camera several years ago. It has been taken to the next level with the launch of Samsung phones like the Galaxy S4 Zoom. The latest generation of this device,Galaxy K Zoom, is one that overcomes a lot of shortcomings.

The iPhone 5S, meanwhile, is not a phone meant to be a replacement for a compact camera, but it is the pinnacle of smartphones.

The iPhone 5S camera, though, is extremely small and it is barely visible from a significant distance away from the phone. It is also accompanied by flash as well.

The Galaxy K Zoom comes with a very large1/2.3” that makes it extremely competent when it comes to low light conditions. The iPhone 5S already comes with a camera that is reputed for being excellent in such conditions, but it is unable to match the incredibly large dimensions of the Galaxy K Zoom sensor. The sensor on the iPhone 5S is 1/3” in size. Even though the Apple product loses out on this aspect, it makes up for it by providing an extremely fast user interface.

The iPhone 5S is extremely quick to load the camera and take a picture, which can be done in the matter of a few seconds. The Galaxy K Zoom is also extremely fast in such aspects, but the iPhone 5S just manages to get ahead.

The party piece in the iPhone 5S comes with the ability to record videos at 120 frames per second, although it will only be done at 720p resolution. This results in super slow motion videos.

The front facing camera has become such an important part of the smartphone today and it was a trend started with the iPhone several generations ago. The support to FaceTime ensures that the iPhone 5S comes with a very good front facing 1.2 megapixel camera. The Galaxy K Zoom has an interesting feature called ‘Selfie Alarm’. This helps the user to prefer the rear camera over the front facing camera when it comes to taking self-portraits.

The Galaxy K Zoom provides both a xenon and LED flash, while the iPhone 5S comes with dual LED flash. The two phones offer HDR and panorama modes as well. 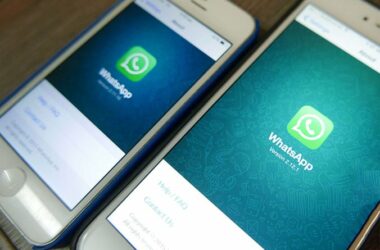 Clash of Clans – Best Archers Strategy In Getting To The Top