Flappy Bird vs 2048? Why Choose One When You Can Play Both Simultaneously?

What do you get when you combine two very addictive games?

You get an extremely ingenious creation that may as well be the devil’s masterpiece.

The developer of Flappy48, however, is no devil. He is a fourth-year computer science student of Queen’s University in Kingston, Ontario. Dan Moran created Flappy48 as a tribute to Dong Nguyen’s Flappy Bird and Gabriele Cirulli’s 2048 tile game. Both games had soared to massive popularity in the past months. Almost every other smartphone or tablet user probably has at least one of the two games installed on his/her device.

We all surely have noticed how so many people are now simply poring over their smartphones for a good portion of the day. Moreover, to our surprise (not!), when we check what our friends are doing, we see them trying to get Flappy Bird not to hit those green posts. On the other hand, at other times they are squeezing their brains trying to figure out moves in 2048. Gosh, what have we come to, right?

Flappy48 is free to play at the Dan Moran’s website (http://broxxar.itch.io/flappy48) though you need to have the Unity Web Player installed in your computer. Luckily, it only takes a few minutes to download and install.

Flappy48 is now also available for free download at the Google Play Store.

When Nguyen had decided to pull his game out of the app stores due to the guilt of bringing out such addictive natures out of players, swarms of copycat games tried to fill in the seat left by the king. Phones that had been pre-installed with Flappy Birds popped out on the online marketplace and they were put on sale at high prices, further attesting to the popularity of the game. The eBay listings were removed, however, because of their rule that only smartphones restored to factory settings could be sold.

Good news came last March 19 for loyal fans who still hope for the day that Flappy Bird may flaunt its tiny wings once more on app stores. Nguyen announced on his Twitter page that his game would be re-released in app stores in the future, though no definite date was given.

Many more extremely addictive games on Android are worth a try. Most of them are free.

If you are a proud 90’s kid, you might want to try Guess the 90’s. Like a cross between 4 Pics 1 Word and Wheel of Fortune, this free app game will have you guessing the words to 90’s reminiscent pictures for hours.

It is a bit violent, but definitely addictive. Clear Vision 3 – Sniper Shooter puts your sniping skills to the test. Finish all 55 missions by successfully shooting your targets to their deaths.

A dollar is a small price to pay if you want a game that will surely give you hours of fun. The ultimate couch potato game, Ouch Couch challenges you to control your couch through many obstacles and hurdles. Its old graphics style and funny character drawings are a treat to the eyes.

If there is anything to learn about trends, it is that you may never know what will be the next It Game. 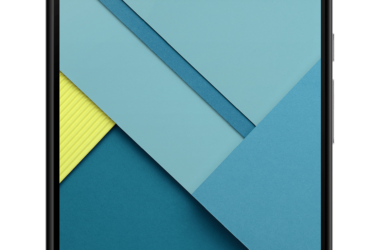 If you constantly keep an eye on the tech world, you have probably noticed already that the price… 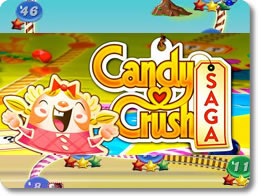