Remember a few years ago when the Apple iPad was the hottest thing since sliced bread?

Then came the iPad 2, and several editions later, we find ourselves drooling over the iPad Air. This little device is thin, light, and as snappy as a tablet can be, leaving many older generation iPad users to wonder if it’s worth making the change. As you know, i-anything does not come cheap, so here’s what you need to know to decide if the iPad Air belongs on your must-get list.

As far as the build goes, what you notice most about the iPad Air is its, well, airiness. Weighing in at a mere one pound and with a thickness of less than eight millimeters, the Air cuts a svelte figure indeed. The aesthetics of the Air are notably Apple, from the sleek unibody construction to the refined metallic touches accenting the edges. Air users are treated to the fabulous Retina display, which is surrounded by a much thinner bezel than in the past. All you see is a big, beautiful, crystal-clear screen. The display is smart, too, knowing whether you are resting your finger or attempting to interact with the screen.

The Air’s insides are just as lovely as its outside, featuring the lightning-fast A7 chip and an efficient M7 coprocessor. Battery life remains at 10 solid hours, thanks in part to the overall efficiency of the hardware. The software on the iPad Air is equally impressive, giving you all the things you’ve come to know and love from Apple. Among these features are the following:

Additionally, users can download literally thousands of other apps, both free and paid, from the extensive and comprehensive App Store.

The iPad Air features both a front and rear camera, suitable for video chatting and selfies as well as decent general photography. The rear camera is 5 megapixels, while the front FaceTime HD camera is perfect for quality FaceTime conversations, even in poor lighting. Although most users will not find themselves taking a lot of photos with something as cumbersome as a tablet (even if it is the Air), you can do so with very nice results in a pinch.

There are several configurations of the iPad Air from which to choose, ranging in price from $499 to $929. They come in both WiFi and WiFi + cellular versions with storage choices of 16 GB up through 128 GB. Naturally, the cellular compatible devices are more costly, running $130 more than the same version without this compatibility.

The iPad Air is, in a word, gorgeous, and it its ultra-portability make it the perfect tablet for students, commuters, teachers, and even children who need productivity, entertainment, and communication capabilities all in a lightweight and sleek single package. The iPad Air is so much better than the previous iPads that it is definitely worth a second look, if not an outright upgrade. While there are a number of other tablets on the market, none brings it all together quite like the iPad Air. Apple continues to prove that when it comes to tablets, the original is still the best. 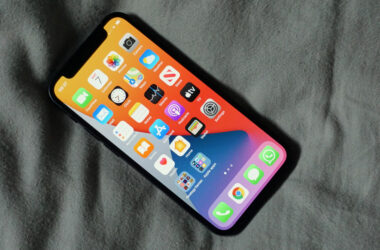 iPhone 6 – Latest Rumors and Updates You Might Have Missed

One thing is certain. Apple has scheduled an event to release iPhone 6 on September 9. What can… 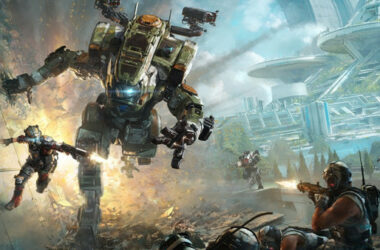 Titanfall, developed by the makers, who are behind the much successful action game franchise, Call of Duty, has…